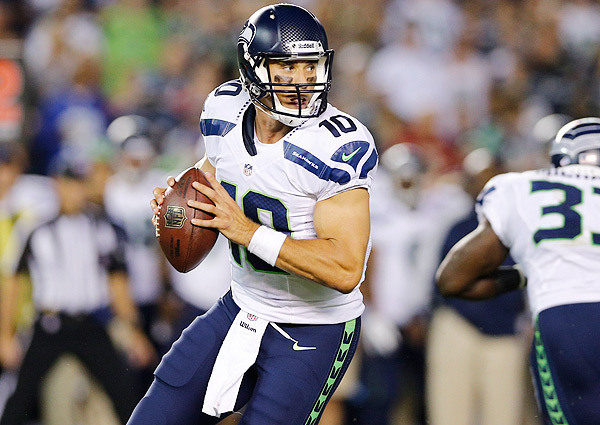 Brady Quinn, who was cut by the Seahawks on Monday, will sign with the Jets today. Quinn has previously played for the Browns, Broncos and Chiefs. The Jets have also announced that they are releasing backup quarterback Graham Harrell, who lasted less than a week with the team.

The Jets still haven’t named their starting quarterback after a lengthy competition between Geno Smith and Mark Sanchez, but the shoulder injury suffered by Sanchez in the preseason likely makes Smith the favorite to start for the Jets when they open the season on Sunday.

Quinn is entering his seventh year in the league and has disappointed after being the 22nd overall pick by the Cleveland Browns in 2007. Quinn played three seasons in Cleveland, two in Denver, and one in Kansas City. Last year, Quinn played in ten games where he threw for 1,141 yards with two touchdowns and eight interceptions and had a 56.9 completion percentage.

Here is a thread on Brady Quinn to the Jets from our forum.

By Chris Cappella
Posted on September 2, 2013