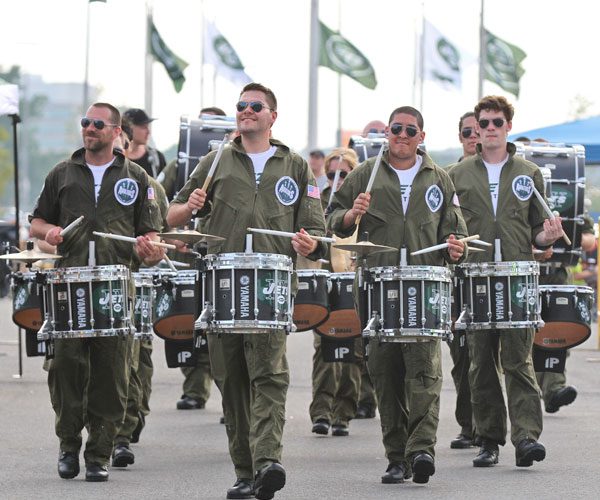 When the Jets sent out their season tickets, they notified season tickets holders that they were orchestrating a new way to do the Jets chant.  It was an ill conceieved idea and we were vocal about that when it happened.  That idea seems to have been scrapped but we do want to congratulate the Jets on having a good idea.  The New York Jets Aviators Drumline made their debut in the first preseason game and they seem to be getting better and better each week.

We will let the fans that were at the game decide what they think of the Aviators.  For those fans that weren’t able to make the game here is a sampling.  It was a pretty cool experience to walk out of the stadium and see the Aviators jamming.  Check it out for yourself below

Tell us what you think about the New York Jets Aviators Drumline.

By Phil Sullivan
Posted on September 9, 2013