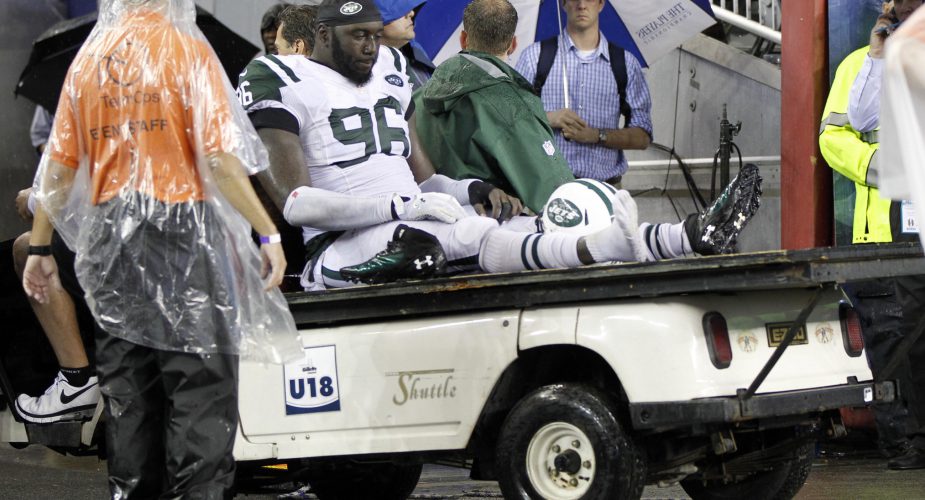 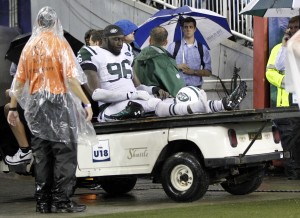 The stat line is downright ugly, but he played better than his numbers indicate. He has a cool and calm demeanor that makes him look like a veteran at times and his receivers did him few favors tonight. Still, he turned the ball over 3 times in the 2nd half, including a critical interception deep in Patriots territory. Geno also needs to get rid of the ball faster and lead his receivers more; too many of his throws trailed their intended targets.

This was quite an improvement over last week’s poor showing against Tampa Bay. Ivory ran with power and determination, while Powell was at least consistent.

Far too many drops by the Jets receiving corps tonight, though Geno’s failure to lead them on passes certainly didn’t help. Hill’s lost fumble cost the Jets at least 3 points. He continues to give us glimpses of the quality playmaker he could be one day, but he’s very mistake prone. Holmes was a bigger factor for Geno and the Jets tonight than he was last week.

The offensive line played better than it did against Tampa, albeit against a slightly weaker defensive line in New England. They did a good job opening holes in the running game, and Ducasse didn’t get anyone killed… so there’s that. The sacks are just as much on Geno as they are on the line.

In case you’ve been sleeping for a while, not only is the Jets defensive line talented, it’s also young and as deep as the deep blue sea. Players like Wilkerson and Richardson will become fixtures shortly, but don’t overlook guys like Ellis, Douzable or Harrison. Brady had an uncharacteristically poor night, and it wasn’t just his receivers that were to blame for that.

The Jets held the Patriots to less than 60 yards on the ground. DeMario Davis is giving the Jets linebacker group everything that David Harris isn’t.

Any night you can hold Tom Brady to less than 200 yards passing is a good night in my book. Of course, there were major breakdowns in the secondary from time to time and if the Patriots had more experienced receivers, that number would be more like 300 yards.

Punts returns and punt coverage was a huge factor in this game, and the Jets came up on the short end on both of those. Julian Edelman averaged 12 yards on 6 returns. Over the course of a close game like this, those yards start to add up after a while.

It was a disappointing showing by the coaches, and a couple of early mistakes could have turned this game into a big blowout in the 1st quarter. On offense, the Jets burned timeouts. On defense, miscommunication led to a 39 yard touchdown pass.

Up next: the Jets get a long week to prepare for the Buffalo Bills. The Jets offense needs all the practice time it can get to develop some chemistry.