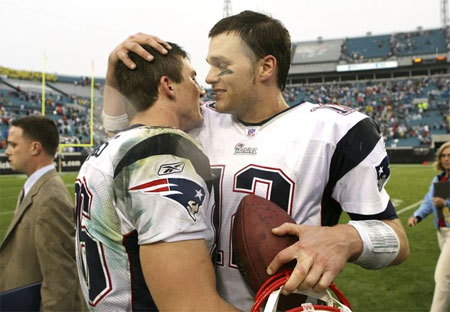 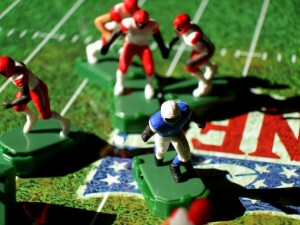 Each week in this space I will review players who are ranked outside the top 10 for QB’s and TE’s and top 20 for WR’s in the weekly ESPN rankings on who I think will flourish and who will disappoint this upcoming week.  I do not review those ranked higher since they are probably highly drafted and unable to be benched.  Last week was a good week, I went 7-3 in the Play them and 7-2 in the Bench them.  Let’s get to this week:

Alex Smith (15)- Another QB with a great matchup getting the Eagles, he has been more than solid so far fro Andy Reid.

Rashad Mendenhall (24)- If you drafted him this is the week to start him against a shaky Saints run defense.

Bernard Pierce (26)- He looks to get all the carries with the Rice injury, the Texans defense has not been as good as advertised.

Joique Bell (28) – Reggie Bush looks to be out and even if he plays Bell will get most of the touches.

Julian Edelman (21) – He gets almost all the targets and should still have a great PPR day.

Anquan Boldin (22)- A great matchup against the Colts to have a nice bounce back week.

Miles Austin (32)- He should run free against the shaky Rams secondary.

Martellus Bennett (12)- He looks to be a favorite of Jay Cutler, continue to ride him.

Tom Brady (11) –  He has a decent matchup but looks very average with only Edelman to throw to.

Andrew Luck (14)- Even though he now has a stud Rb in Richardson the 49ers defense is one of the best especially at home.

Trent Richardson (9) – He only has a few days to learn new playbook plus the 49ers means he should be on the bench for a week.

Ray Rice (21)- He looks to be sitting out, get a full time back in your lineup.

Daryl Richardson (23) – He seems to be struggling with a foot injury and does not have the same burst.

James Starks (29) – The Bengals are not the Redskins, stay away from the 1 week wonder.

James Jones (24)- He had a monster week last week but a much tougher matchup plus he usually follows up a good week with a bad one.

Steve Johnson (24)- The Jets defense is playing well and should control the Bills rookie passer.

Antonio Brown (26)- I would stay away from all Steelers, they look out of sorts and have no identity.

Brandon Myers (14)- He was banged up last week and the Panthers have been a top 5 defense against the tight ends this year.

Thanks for reading and please free to ask any questions on Twitter.