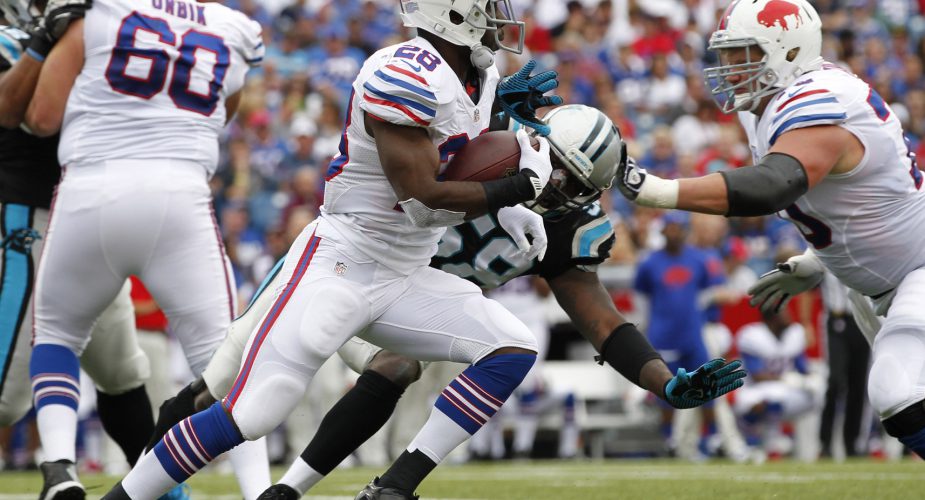 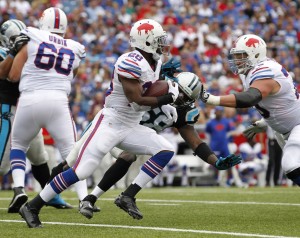 The Jets will take on the Buffalo Bills on Sunday and here is the full game preview.  When you are watching the game, here are some Buffalo Bills to keep your eyes on.

1)      CJ Spiller, running back: Spiller is the guy the Jets must shut down to have a chance to win. Spiller is the home run hitter on Buffalo and excels when given the ball in space. Given what we’ve seen from the Jets offense this year, a few home runs could make it tough to come back from. The Jets front seven as a whole has been excellent to start the year, and they’ll have another tough task ahead of them.

2)      Kiko Alonso, linebacker: The rookie Alonso has had a stellar start to his career, recording ten tackles, an interception, and a sack week one and nine tackles with a forced fumble week two. It’s not without help however, as defensive tackles Kyle Williams and Marcell Dareus make it tough for interior lineman to get to the second level and put a body on him. Getting a body on him will be key to opening up more rushing lanes.

3)      Justin Rogers, cornerback: Leodis McKelvin is the big name corner for Buffalo right now, but Rogers will be stepping in as the starter opposite him due to numerous injuries. Rogers was burnt by Ted Ginn Jr. last week and the Jets would be wise to attack Rogers early and often.