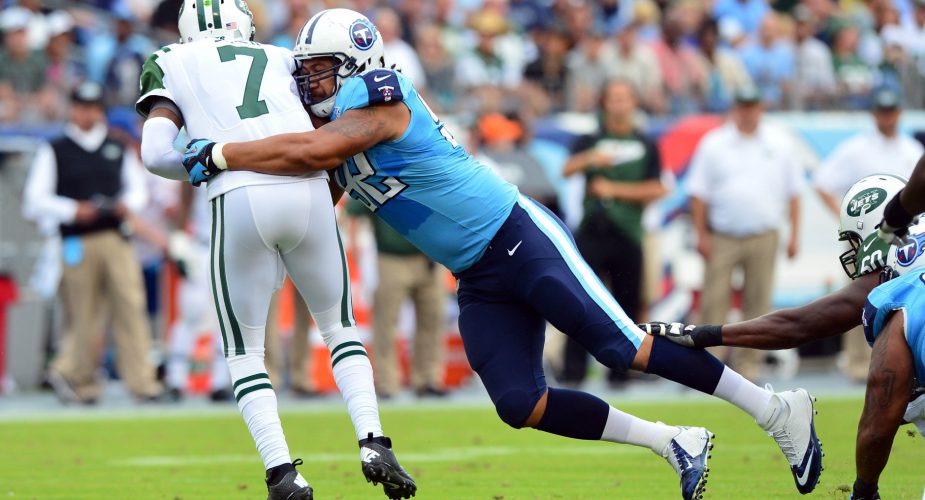 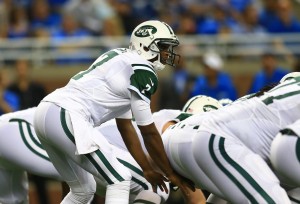 Tennessee has become a house of horrors for Jets quarterbacks. Geno Smith was responsible for 4 turnovers and each one of them netted the Titans 7 points. His completion percentage is the only thing that looks good on paper here, the rest of it is an unmitigated disaster. The good news for the Jets is that Geno’s mistakes were mental, not physical, so let’s hope that he gets it turned around. He can’t have this type of game again… ever.

The backs managed to combine for 140+ total yards despite limited opportunities.

Obamanu has been unimpressive both offensively and on special teams, and should be in danger of getting cut shortly. Stephen Hill went down with an early injury. Santonio Holmes had a quiet day, but both Kerley and Winslow made plays.

The Jets were able to run the ball today but for the most part, the pass protection just wasn’t there. Combine that with several penalties by the guards and you’ve earned yourself a D on the day.

This was another one of those classic Jets games where it becomes trickier and trickier to rate any of the defensive units, as the Titans absolutely crushed the Jets in time of possession and the offense set up Tennessee’s offense with several short fields. The defensive line could have put more pressure on the quarterback early in the game, Locker had too many chances to make plays with his arm or his feet.

The Jets held Chris Johnson to less than 2 yards per carry. There were a few missed tackles here and there, but the linebackers (Davis, in particular) did a great job of swarming to the ball.

Again, the offense didn’t do this unit any favors. However, Darrin Walls struggled in the secondary and Antonio Cromartie surrendered two touchdown passes.

If I was allowed to hand out cumulative grades, Nick Folk would be receiving an A. He added 2 field goals today and he remains perfect on the season. The coverage team allowed a big play and the punt return game for the Jets was non-existent once again.

Going into this game, Rex, Marty & co. hoped to cut down on the turnovers and the penalties. That was their main focus this week. Yet, the team still committed 10 penalties for 66 yards and turned the ball over 4 times.