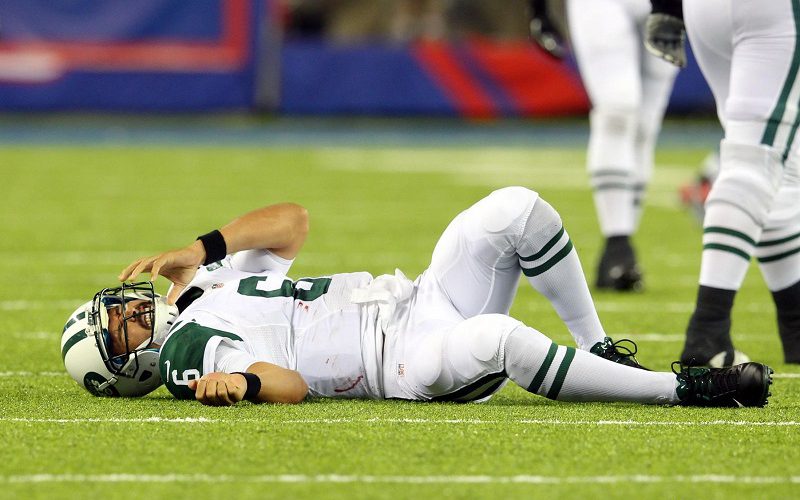 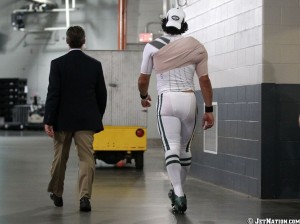 The New York Jets released a statement, which ended the speculation about Mark Sanchez’s injured shoulder.  He had surgery today and is officially out for the season.

The surgery, which will end Sanchez’s season, was performed by Dr. James Andrews, whom Sanchez has consulted over the past weeks.

“After over seven weeks of hard work and intense rehab, I’ve been advised by Dr. Andrews and other doctors that my shoulder injury clearly needs to be addressed surgically,” Sanchez said in a statement. “The injury was recovering at an encouraging rate early on, and I avoided surgery as long as I could, but ultimately I was counseled by the doctors that they simply would have to repair my shoulder.

“I’m very disappointed that I can’t be out there to help my team on the field, but I’ll continue to help our team in whatever capacity I can. I want to thank Dr. Montgomery, Dr. Andrews, Dr. Burns and Jets trainer John Mellody for helping me through this process and advising me along the way. All doctors expect a full recovery and I look forward to getting back on the field. Until then, Go Jets!”

“Throughout this process, our goal has been to provide Mark every opportunity to return this season. He and our medical staff have worked very diligently to that end and now it has been concluded that surgery is required. He will have our full support for a complete recovery.”

You can read more about Mark Sanchez and see fan reaction in our NY Jets message board.