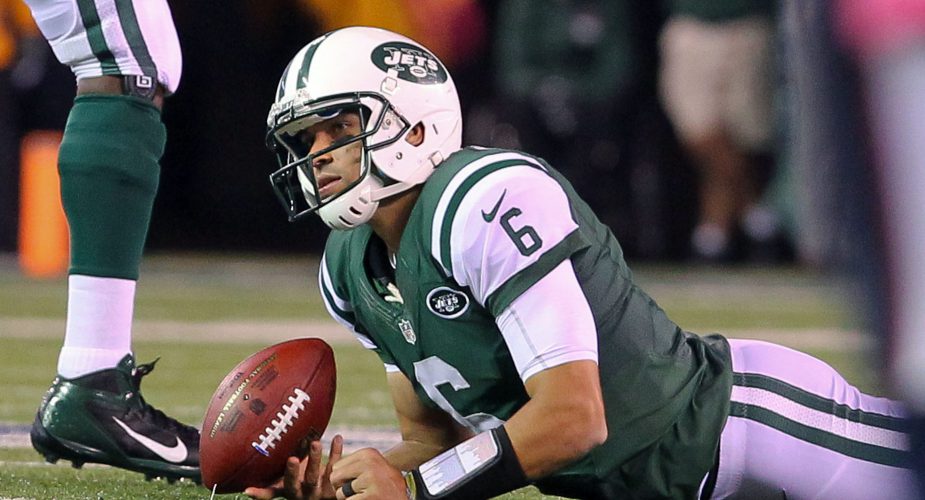 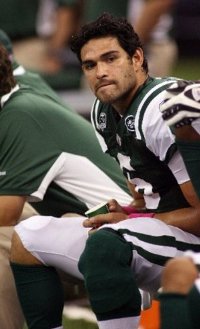 It appears New York Jets quarterback Mark Sanchez’s career with the team is over as he decided to have surgery to repair a torn labrum in his right shoulder. He will spend the rest of this season on reserve/injured (IR) receiving his full salary but with the emergence of rookie Geno Smith, Sanchez will be playing somewhere else next year.

There are many questions as to the financial ramifications of releasing Sanchez after the season given the three year contract extension he received in 2012. It is important to understand how money is accounted for under NFL salary cap rules in order to fully know what is going to happen with the Jets cap when Sanchez is released.

The guaranteed salaries only add up to $11.5 million so where is the other $8 million? The Jets in dire need of salary cap space converted $8 million of Sanchez’s season salary into signing bonus. So he was scheduled to make an $11.25 million salary for 2012 but was paid $8 million after signing the contract, a signing bonus, then $3.25 million during the season.

The benefit for the Jets is signing bonuses get prorated or spread out over the life of the contract up to a maximum of five years. Looking at the column “Prorated Bonus” you can see how any monies which get prorated are accounted for under salary cap rules. Even though Sanchez was paid $8 million right away that money got divided up counting $1.6 million in 2012-16, creating $6.4 million in available cap space for 2012. There was already $2,503,125 of prorated money in 2012 and ’13 before Sanchez negotiated the extension. This was from a $10.0125 million salary advance he received in 2010, which got spread out evenly throughout 2010-13 caps ($2,503,125 million per year).

Again this is a lump payment like the signing bonus Sanchez is paid the $10.0125 million in full but the money is prorated on the salary cap and does not go away because of a contract change. This is why the prorated column has over $4 million in it for 2012-13. As each year goes by the prorated portions are accounted for on that year’s cap with the remainder counting moving forward.

So here is what is left on Sanchez’s contract after this year:

None of the salary, roster bonus or workout bonus is guaranteed so releasing Sanchez clears that money off the Jets books but the prorated signing bonus, $1.6 million in 2014-16 which has been paid but spread out over the cap counts if Sanchez is released and here is the downside to prorating money.

Only $4.8 million of the original $8 million 2012 signing bonus remains on future Jets salary caps, $1.6 million spread out in 2014-16 but if Sanchez is released the money will accelerated, be added all together, in its entirety onto the 2014 salary cap. The Jets will be taking a dead money hit, money on a team’s salary cap for a player no longer there, of $4.8 million for Sanchez. This money is not owed to Sanchez as it has already been paid but the Jets will now be forced to take the remainder onto the 2014 cap instead of having it spread till 2016.

The team does have an option to spread the hit over 2014 ($1.6 million) having the acceleration occur in 2015 ($3.2 million) but this is unlikely. Any thought of trading Sanchez is a long shot for many reasons but since his $2 million roster bonus is due on March 25, 2014 the Jets will look to release him well before that date.

Since Sanchez was set to have a 2014 cap number of $13.1 million but will cost only $4.8 million the Jets will gain $8.3 million in cap space then if he remained under contract. It is almost a certainty that Mark Sanchez will be moving on from the Jets next year with the team gaining salary cap space in 2014 and beyond, let’s hope general manager John Idzik uses it wisely.