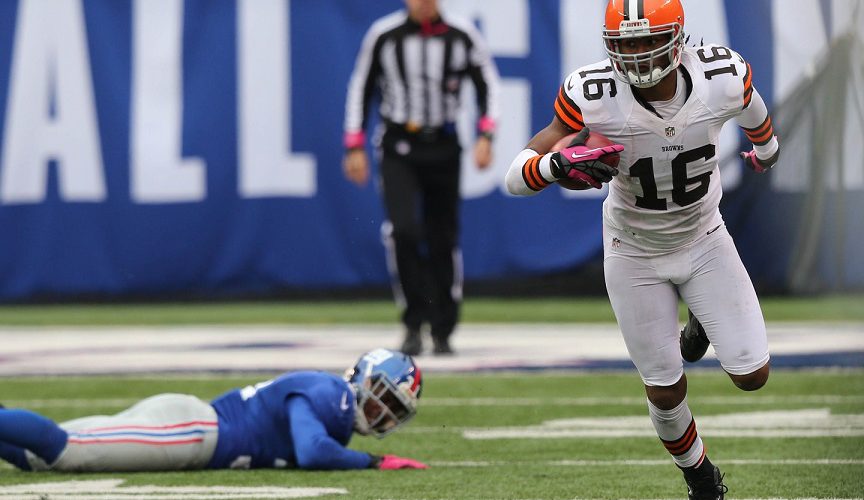 The New York Jets have signed kick returner Josh Cribbs.  This 30 year old Cribbs has over 10,000 kickoff return yards in his career.  He is coming back from knee surgery and the Jets have been monitoring his progress.  Cribbs also returned punts so it will be interesting to see if he replaces Kerley in this capacity.  His career stats can be found here.

Clyde Gates got hurt against the Steelers and hasn’t been impressive this year on kickoff returns.   Mike Goodson is the Jets other kickoff returned and is out for the season.  So Cribbs will have an immediate opportunity to play.

Rich Cimini says that Cribbs could also see time in the Wildcat.

Because of his running skills, Cribbs — a former college quarterback — could contribute in the Wildcat package. That, too, was one of Goodson’s roles.

The concern with Cribbs is his health. He underwent arthroscopic surgery for a torn meniscus after last season, prompting some teams — including the Jets — to take a pass during the free agency period.

You can read more about Josh Cribbs in the JetNation forums.