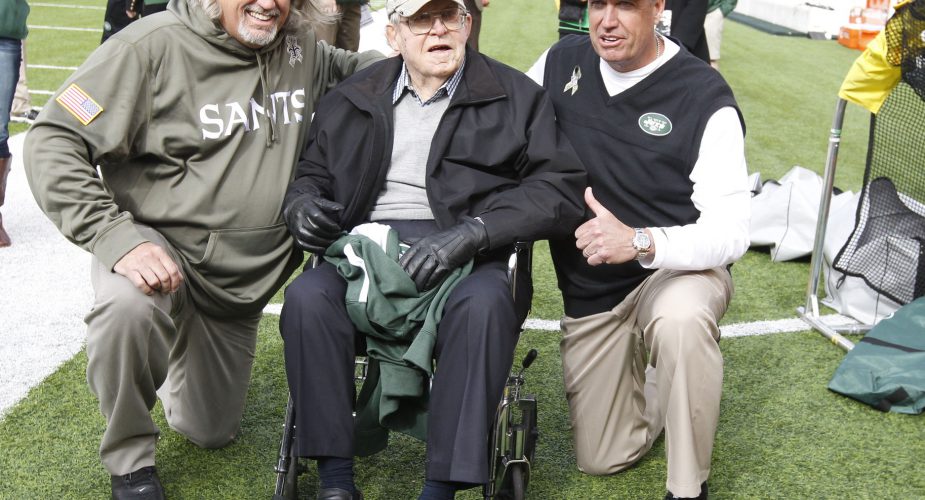 Rex Ryan’s Jets beat Rob Ryan’s New Orleans Saints (defensive coordinator).  The twin brother have met before and here is how they have done in previous meetings.

With the win, Jets Head Coach Rex Ryan has now run his record to 5-0 against his twin brother, Saints Defensive Coordinator Rob Ryan, as NFL coaches. With the Jets, Rex has registered wins against Rob three times.

Rex and Rob posed for this picture with their father, and former Jets coach, Buddy Ryan. 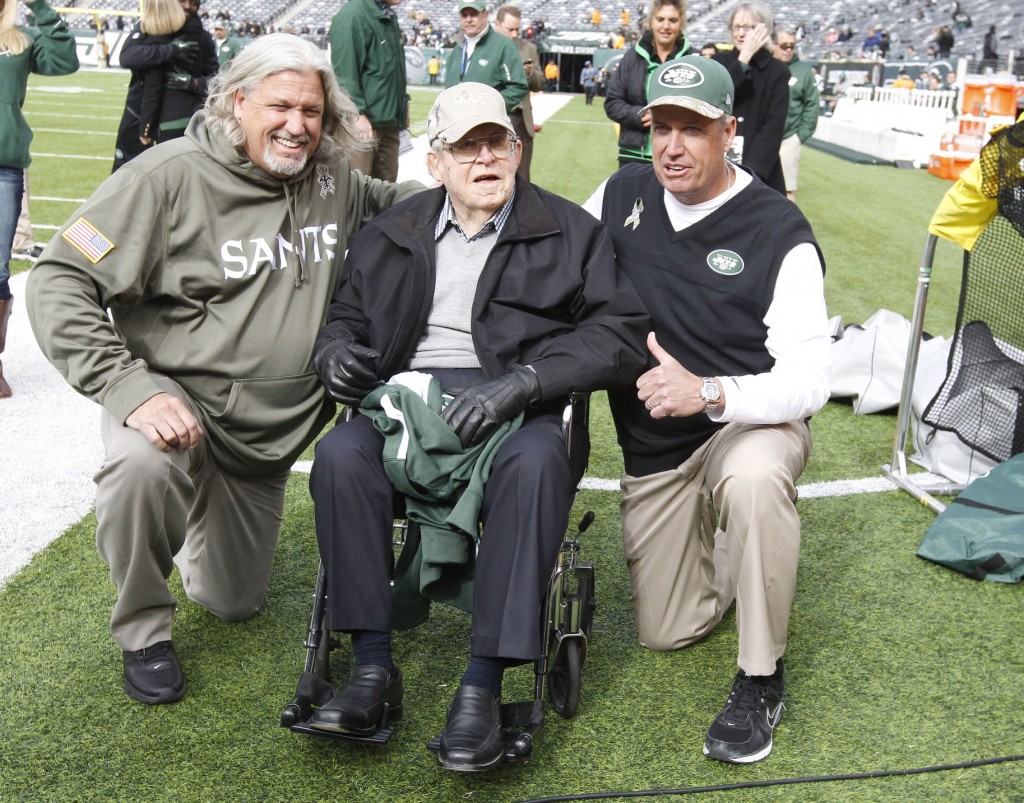