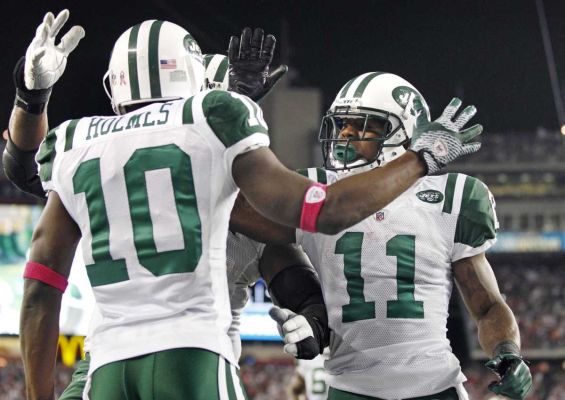 The bye week is over for the NY Jets at the team is back to work.  On Wednesday Rex Ryan said the team wasn’t as sharp as he would like to see.

I never thought we were as sharp as I wanted it to be today. Just little things (were) missing that we clearly, in my opinion, we’re going to need to get better (at) to go out on Sunday and play at a high level. So, that was a challenge that I spoke with the team about after practice today. It wasn’t terrible, but it just wasn’t as sharp as I’d like.

Part of that could be posturing as Rex is looking to improve on the Jets performance coming out of the bye week.  Beating the Bills this week would continue to cement the Jets chances of making the playoffs.  Another factor that is helping the Jets chances is they are getting healthier.  Santonio Holmes is expected back and although Jeremy Kerley isn’t ready to return yet, they are getting tight end Kellen Winslow back (from suspension).

For the Buffalo Bills, they have injury concerns with their top two wide receivers.

The full injury report for the NY Jets and Buffalo Bills appears below and here is the update Rex Ryan gave yesterday.

Guys that did not practice today, we had (Leger) Douzable with an illness, he did not practice, Jeremy Kerley with his elbow and Garrett McIntyre with his knee. These players were limited – Kenrick Ellis with a back, Alex Green, hamstring, Stephen Hill, foot and knee, Santonio Holmes, foot and hamstring, and Kellen Winslow, knee. Everybody else was full.