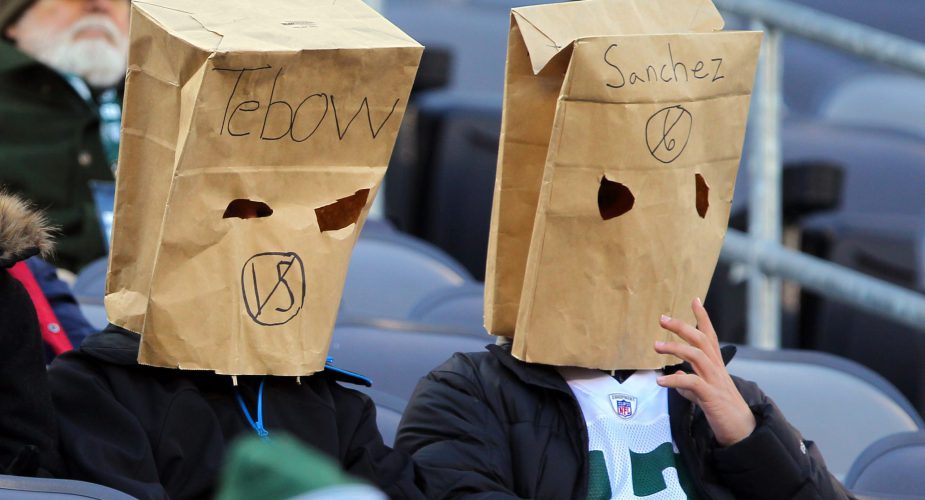 Only two weeks remain in the NFL season, but plenty of playoff spots are up for grabs. The Patriots have yet to clinch the AFC East, while the rival Dolphins have positioned themselves nicely for at least a hopeful wild card spot. The AFC North is still up for grabs, with the Ravens getting heroic wins left and right. It’s still very possible that the Bengals don’t get into the playoffs at all. It seems that no one in the NFC East should get a playoff berth, but I guess the Eagles were slightly less worse than the Cowboys, as both of them were hit hard by inferior teams. The Packers and Bears are suddenly neck-and-neck in the NFC North, with the Lions, who looked like the definite champions after Thanksgiving, are very close to being out of the race entirely. The NFC South will likely be decided next week in Carolina, when the Saints visit for a high-powered clash. And hey, the Cardinals are still in it for a wild card. It’s going to be a fun two weeks.

1. Seattle Seahawks UP 1: While the offense left something to be desired, the defense was on point and the Seahawks dominated in an east coast road game at 1 p.m. That’s enough to get them back in the top spot.

2. Denver Broncos DOWN 1: The Chargers controlled the game and Peyton Manning was out of his rhythm. But hey, everyone gets a mulligan, right? Better now than in the playoffs is what I’m sure Manning is thinking.

3. San Francisco 49ers UP 1: Colin Kaepernick didn’t need to throw too much, but he flashed his cannon arm quite a bit in a blowout in Tampa. The 49ers are rounding into form just in time for a playoff run.

4. Carolina Panthers UP 2: Cam Newton and company took care of the Jets with ease. Now they set their sights on the Saints coming to Carolina in a game that will likely decide the winner of the NFC South.

5. New Orleans Saints DOWN 2: For a team with so many weapons and that is so highly regarded in the NFL, there is no reason for them to play the way they did in St. Louis. And homefield advantage throughout the playoffs is a pipe dream, making them a wild card.

6. New England Patriots DOWN 1: Tom Brady couldn’t come up with another late-game amazing win this time. Even with Julian Edelman and Danny Amendola combining for 23 receptions and 270 yards, they may be one weapon shy of being a Super Bowl contender.

8. Cincinnati Bengals DOWN 1: The Bengals got punched in the mouth in Pittsburgh, going down 24-0, and never fully recovered. They missed out on their chance to move closer to a first round bye and establish themselves as a top player in the AFC.

9. Arizona Cardinals UP 1: The Arizona defense played well on the road until the end, but the team squeaked out a win, their ninth of the season. They continue to keep pace in the playoff race.

10. Baltimore Ravens UP 1: Justin Tucker was a monster, kicking six fields goals, including the game-winner of 61 yards, and scoring all 18 of the Ravens’ points. If Baltimore wins out, they are AFC North champs.

11. Indianapolis Colts UP 1: Things looked good on Sunday for erratic Indy. The defense played well, they blew out a divisional opponent, and Trent Richardson even scored a touchdown.

12. Miami Dolphins UP 1: Ryan Tannehill got the biggest win of his career, passing for over 300 yards and three TDs as the Dolphins continued their surge. They’re one of the favorites to win the No. 6 seed and are playing as good as anyone ever since their locker room scandal.

13. San Diego Chargers UP 3: Despite being the most successful team in flustering Peyton Manning, they did something else very impressive: they held Denver to 18 yards rushing.

14. Chicago Bears SAME: Josh McCown played in six games for the Bears and threw one interception. Jay Cutler tossed two in his return against the Browns. Does anyone smell a QB controversy?

15. Philadelphia Eagles DOWN 6: Who saw this one coming? The Eagles’ defense was atrocious and being down big the whole game eliminated LeSean McCoy. At least they can take pride in the fact that they’re clearly the best team in their horrible division.

16. Green Bay Packers UP 2: Matt Flynn became the second backup quarterback in as many weeks to throw four touchdown passes against the Cowboys. If Aaron Rodgers returns against Pittsburgh next week, this team has a legit shot to win the NFC North.

17. Pittsburgh Steelers UP 2: It’s doubtful that the Steelers will make the playoffs, but they showed they will never stop fighting for Mike Tomlin, as they knocked off the Bengals at home. Infusing some youth on defense and upgrading the offensive line could put Pittsburgh back in the mix next year.

18. Detroit Lions DOWN 3: Sure, some terrible calls did not go Detroit’s way, but an out-of-sync offense and undisciplined turnovers and mistakes has the Lions in a hole. If the Packers win next week, Detroit is suddenly out of the playoffs.

19. St. Louis Rams UP 3: The Rams played like they had nothing to lose, dominating the Saints and recovering an onside kick in the process. Robert Quinn basically lived in the New Orleans’ backfield.

20. Tennessee Titans SAME: Ryan Fitzpatrick threw for over 400 yards, four touchdowns, and got 17 points in the final 3+ minutes of the game to force overtime. But Tennessee came up short, like they will in the final standings.

21. Minnesota Vikings UP 4: No Adrian Peterson? No Toby Gerhart? No problem. The Matts got the job done. Asiata rushed for three scores and Cassell threw for 382 yards in a route of Philly.

22. New York Jets DOWN 1: The Jets fought admirably, especially on defense, but Carolina got the big plays and New York didn’t. A 72-yard TD pass to DeAngelo Williams and a 41-yard pick six by Captain Munnerlyn were the difference in this game.

23. Dallas Cowboys DOWN 6: This may have been the modern era Dallas Cowboys’ masterpiece. Up 26-3, Dallas refused to run the ball, let a backup quarterback pick them apart, and got not one, but two Tony Romo late picks to seal a crushing defeat. This team has become the laughing stock of the NFL.

24. Atlanta Falcons UP 4: Once impressive in the Georgia Dome, Atlanta won there for the first time since Week 7. They were helped a lot by the Redskins. This team has had injury problems, but it’s evident that there are also plenty of talent problems.

25. Tampa Bay Buccaneers DOWN 1: The result was expected. The Bucs couldn’t keep up with San Fran, although Mike Glennon had his moments.

26. Buffalo Bills UP 3: No, Buffalo isn’t making the playoffs. And yes, this team has a long way to go, including QB E. J. Manuel. But if I’m a Bills fan, I have to be happy with the flair Manuel plays with.

27. Jacksonville Jaguars DOWN 3: It was a game where many actually expected the Jaguars to win. They had a 100+ yard rusher in Jordan Todman as while, but the defense was too porous for the mighty (sarcasm) Bills.

28. Cleveland Browns DOWN 1: Josh Gordon got going too little too late. And come on, how does a team not rush for 100 yards against the Bears?

30. Washington Redskins UP 1: The Kirk Cousins-led Redskins were an absolute mess, turning the ball over seven times in Atlanta. They had a shot to win it at the end, but couldn’t convert.

32. Houston Texans SAME: The Texans are doing all they can to secure the No. 1 overall pick. The question is whether or not they’ll draft a quarterback.