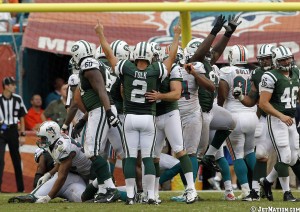 When you have 7 wins as you head into week 17, you generally don’t look forward to the Pro Bowl selection announcements.  But the Jets found out today that they have no players on the Pro Bowl roster.  That could change as other players back out due to injuries or other reasons.  Muhammad Wilkerson, who seemed to deserve the nod, was named as a 1st Alternate and the same goes for Nick Mangold. According to Brian Costello, Antonio Cromartie who didn’t play at a Pro Bowl level this season was named as a 2nd alternate.

No Jets make the Pro Bowl

Wilkerson and Mangold are first alternates. Cromartie is a second alternate #nyj

Muhammad Wilkerson was the name most Jets fans expected to hear. Nick Folk may have been the most deserving Jet though. Consider this: