Kyle Wilson; Man Of The Year 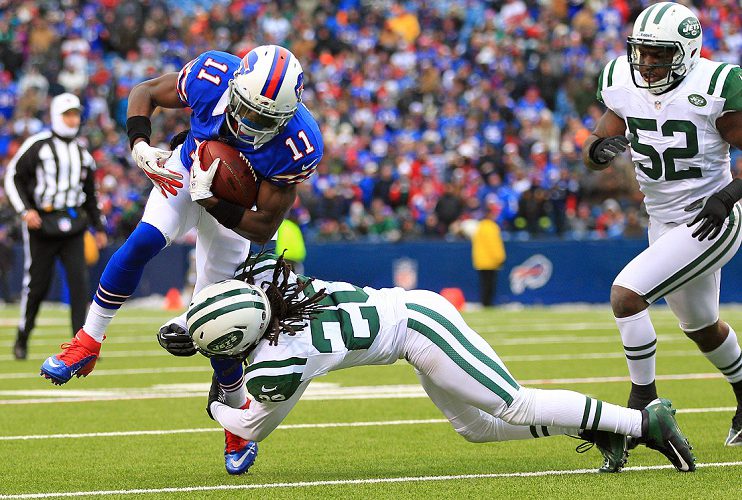 Congratulations to Kyle Wilson, the NY Jets announced this week that he has been named as the 2013 Walter Payton Man Of The Year.  The full press release appears below.

MAN OF THE YEAR

Jan. 9, 2014 – The New York Jets have named cornerback Kyle Wilson as the team’s 2013 Walter Payton Man of the Year. Through the Play 60 program and the New York Jets Community Relations Department, Kyle has impacted many lives throughout New Jersey. As the Jets’ award winner, Wilson will receive $1,000 to donate to the Piscataway High School varsity football team, his 501(c)(3) organization of choice. Wilson is eligible to win the national Walter Payton Man of the Year Award and be recognized at a press conference during Super Bowl Week in New York/New Jersey.  The national winner will receive $25,000 to donate to the 501(c)(3) organization of his choice.  Since 1970, the NFL has awarded the Walter Payton NFL Man of the Year Award to recognize a player’s off-the-field community service as well as his playing excellence.

Kyle is most closely involved with the Jets Play 60 Challenge at schools in Florham Park, Madison and Harding, NJ. Each year Kyle works with over 400 6th grade students from these schools to encourage them to participate and excel in the Play 60 Challenge. Kyle hosts a kickoff event for the students at the beginning of each season where he introduced the program to them and speaks on the importance of fitness and nutrition. Over the course of the four-week Challenge, Kyle films weekly 30-second motivational messages for each school to push the students to complete the program and finish strong. At the conclusion of the Challenge, Kyle visits each school individually to wrap up the program. At each visit, Kyle autographs the students’ certificate of the completion and participates in several Play 60 activities.

Beyond Kyle’s involvement with the schools in Florham Park, Madison and Harding, he participates in additional team and league Play 60 initiatives throughout the year showing his commitment to fitness and health for today’s youth.

Kyle Wilson has also been a staunch supporter of the Jets Owner Woody Johnson’s charity, the Alliance for Lupus Research. Kyle has attended several Walk With Us to Cure Lupus events and meet & greets, both designed to help raise much-needed funds to prevent, treat and, ultimately, cure lupus.

Kyle Wilson was the Jets United Way Hometown Hero in 2013 and was recognized at the United Way of New York’s Gridiron Gala on May 21st. As a recipient of the award Kyle was able to designate a $5,000 grant to Piscataway High School’s football team where he played from 2001 to 2004. This honor was bestowed upon him for his commitment to Play 60, the Alliance for Lupus Research and his support of his current and former teammates’ community efforts. While Kyle has not committed himself to one particular cause through a foundation, he is always available to his teammates off the field, attending events held by players such as Santonio Holmes for Sickle Cell Anemia and Bart Scott for Eric LaGrande.