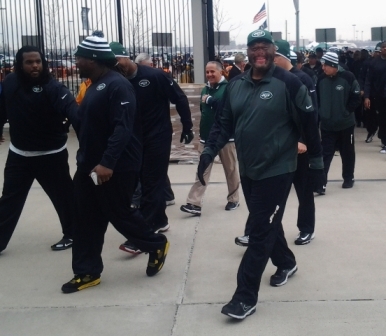 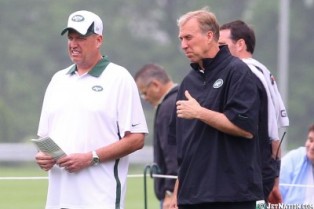 Since the New York Jets organization decided head coach Rex Ryan would remain through the 2014 season there’s been speculation that many of Ryan’s staff would need to be replaced as a number of assistant coaches contracts had expired.

After one season Jets special teams coach Ben Kotwica made a lateral move accepting the same position with the Washington Redskins. Kotwica took over for former coach Mike Westhoff (2001-2012) after his retirement. I had an opportunity to ask coach Westhoff early in the season if he’d ever return to the sideline, “I don’t think so,” he replied. With the Jets special teams coaching vacancy Westhoff might be revisiting a potential return as he currently works as an ESPN New York radio analyst.

Another member of the Jets 2013 coaching staff who has moved on is linebacker coach Brian VanGorder accepting a position as the defensive coordinator for the University of Notre Dame. The Jets filled the VanGorder’s job from within promoting Bobby April III, who was the team’s defensive quality control coach last year.

Other then Kotwica and VanGorder the team’s coaches will remain very similar to last season. The Jets have retained defensive line coach Karl Dunbar as he oversaw one of the strengths of the team coaching a young talented defensive front.  Assistant head/running backs coach Anthony Lynn was also brought back.

According to NewYorkJets.com a majority of the 2014 coaching staff is set with minimal changes:

Thirteen more coaches also return from this past season’s staff.

The stability in the 2013-14 coaching staff is a change from what occurred after the 2012 season as there was a lot of turnover with assistant coaches.

Apparently general manager John Idzik and head coach Rex Ryan are satisfied with the performance of their assistant coaches developing players and much of the staff decided to remain rather than pursue other opportunities.