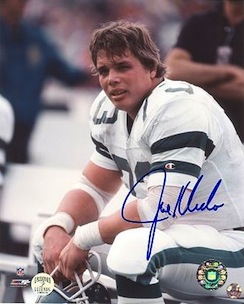 Former New York Jets defensive lineman Joe Klecko, who was a Pro Bowler at three different positions along the defensive line, put his support strongly behind Jets rookie defensive lineman Sheldon Richardson to win defensive rookie of the year which will be announced during the NFL honors award show tonight at 8pm. 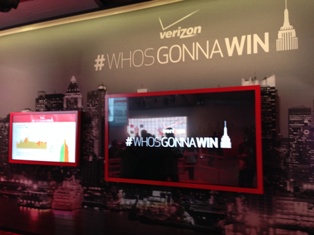 Klecko was appearing at the Verizon Power House event being held as part of Super Bowl festivities in Bryant Park, Manhattan. He is also supporting Verizon’s sponsorship of the #WhosGonnaWin Twitter campaign which allows the fans to vote for which Super Bowl team’s colors will be displayed on the Empire State Building.

Check out WhosGonnaWin.com for more details.

Later JetNation had an opportunity to ask Klecko if Jets 2013 rookie defensive lineman Sheldon Richardson should be the recipient of the NFL’s Defensive Rookie of the Year honors, “Ask the guys that played against him, that kid has a motor, he is one of the most tenacious I’ve seen come along in a long time,” Klecko said. “Do I think he deserves it, I think he deserves it hands down.”

Richardson had a terrific rookie year emerging as a force in the Jets young talented defensive front ending the year with 78 tackles, 3.5 sacks and a forced fumble while the defense ranked third in rushing years allowed.

UPDATE: It appears Klecko’s predication has come true as New York Jets Sheldon Richardson has won the defensive rookie of the year according to the NFL’s twitter page:

By Dennis Agapito
Posted on February 1, 2014