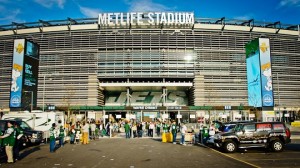 The NY Jets sent out their season ticket invoices today.  They are still offering the multiple payment option, which starts on March 17.  They did raise the lower level prices (PSL).  From Bloomberg.com:

The New York Jets raised season ticket prices in the lower bowl of the National Football League team’s MetLife Stadium for the first time in three years, while lowering prices in the upper decks.

The price increase isn’t very large but it is more the principal that has some fans upset.  Erik Manassy from Jets Twit summed up the situation well.

The cost to our fans is something that we take pretty seriously,” Glat said. He said the changes were made after a look at the team’s ticket data, their value on the secondary market, pricing from around the NFL and pricing for other sports and entertainment in the New York area.

The bottom line is this, the lower level tickets all require a PSL. So the Jets don’t run a huge risk of fans walking away over a modest price increase. The mezzanine prices are already out of control, so the Jets left these intact. And the upper deck has room for more season ticket holders, so those prices were reduced.

Here is a thread from the JN Forums on New York Jets season ticket prices.