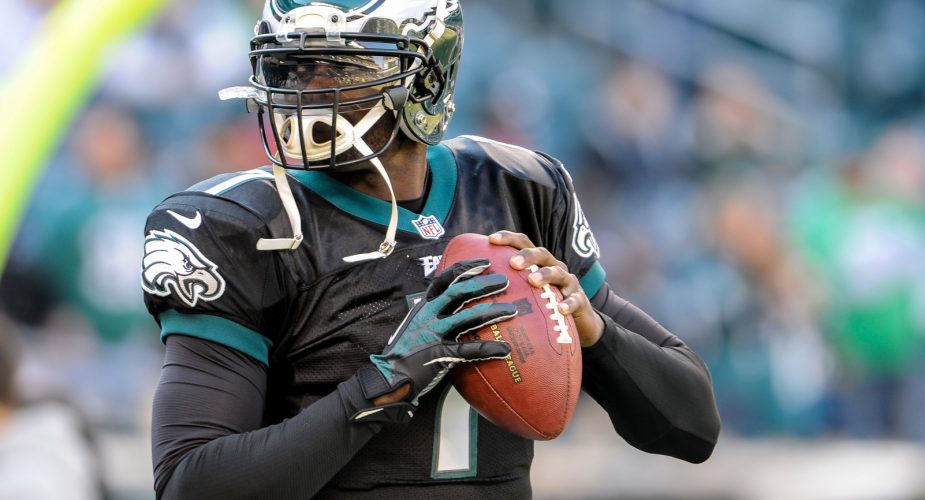 Vick was meeting with the Jets on a scheduled visit and had been linked to the team for a while because he played for current Jets offensive coordinator Marty Mornhinweg when with the Eagles.  The Jets have not named 2013 starter Geno Smith their starting quarterback for the 2014 season and it is thought Vick could beat Smith out in an open competition.

Vick is known as an athletic quarterback who will scramble and is a threat to use his legs running for yards. Vick’s previous three seasons with the Eagles have been mediocre, injury prone and turning 34 in June he no longer possesses the same athletic abilities. He is also infamously known for a “dogfighting” scandal which landed him in prison for 18 months (2008-09).

The Jets now have a veteran quarterback to push second-year QB Geno Smith. It is well known that Vick believes himself to be a capable starting quarterback and will compete hard to win the starting job.

Vick lost the QB job in Philadelphia last year to Nick Foles after he missed several games due to injury. Vick was very supportive of Foles in his backup role and could help in the growth and development of Smith if he does not earn the starting job as he understands Mornhinweg’s complex offense well.