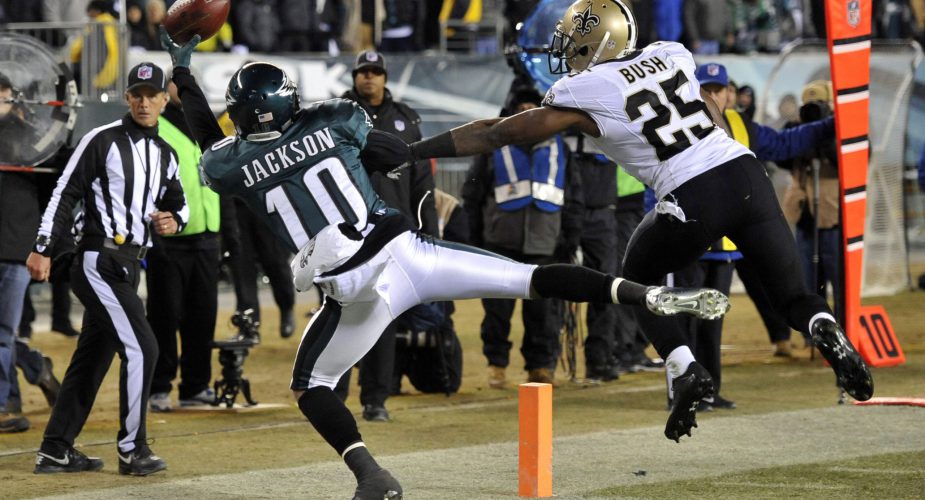 After careful consideration this offseason, Eagles decide to part ways with DeSean Jackson. The team informed him of his release today.

The talented on-the-field Jackson (27) had a career season in 2013 under new head coach Chip Kelly with 82 receptions for 1,322 yards and 9 touchdowns, but it had been rumored the Eagles wanted to part ways with the receiver due to off-the-field issues.

DeSean Jackson had expressed disappointment with his current contract situation earlier this year, even though he was set to make close to $11 million in 2014.  Also a report on NJ.com about Jackson’s alleged ties to gangs in Los Angeles fueled speculation the Eagles would simply release him.

The team had attempted to trade Jackson, who was entering the third year of a five-year, $48.5 million contract, but couldn’t find any takers who would pick up the $30 million remaining on Jackson’s contract along with draft compensation.

The New York Jets had been viewed as a potential suitor for Jackson whether by trade or if he were to become a free agent and owner Woody Johnson recently confirmed interest in the receiver.  Jackson played under Jets offensive coordinator Marty Mornhinweg and new quarterback Michael Vick when they were members of the Philadelphia Eagles organization.

It will now be up to general manager John Idzik to pursue Jackson and decide how much he’s willing to invest in the receiver given the “red flag” thrown up by the Eagles releasing one of their best players.

There is no doubt about DeSean Jackson’s abilities as a receiver and the Jets need to improve at the position, but they will need to weigh the risk against the reward when formulating a contract offer as there are sure to be multiple suitors for his services.

For more discussion on Jackson to the Jets check out our JetNation forums.