John Idzik’s Plan For The Jets

New York Jets general manager John Idzik has been criticized for his laid back approach. In this short video, Courtney Aurillo discusses Idzik’s master plan for the Jets which involves looking for value in free agency and building through the draft. 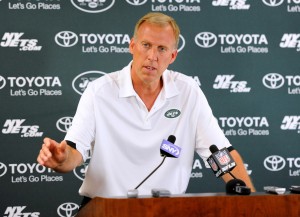