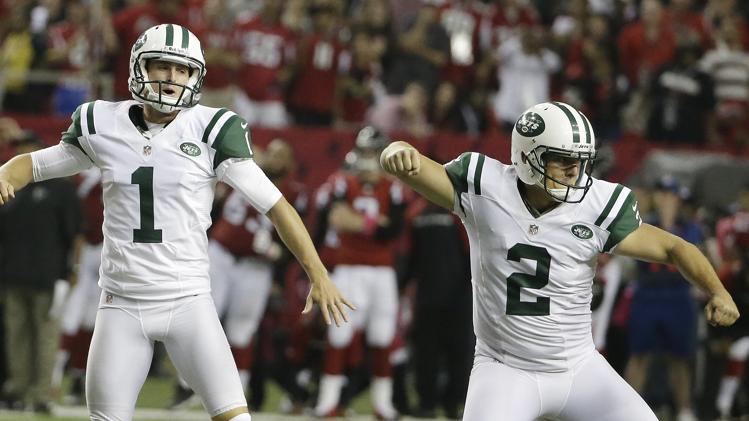 As we mentioned the other day, the question over what number Michael Vick will wear on his jersey finally seems to be answered.  Vick originally indicated he would wear # 8, then he announced he was switching to #1.  What is all the fuss over a jersey number you ask?  Well there is a good story behind Ryan Quigley’s decision to let Vick have # 1.

Ryan Quigley was offered $10,000 to sell his number to Michael Vick.  Instead Quigley sent the money to charity.

Kristian Dyer has the story on Yahoo Sports:

Vick had worn No. 7 at previous stops with the Falcons and Eagles but current Jets quarterback Geno Smith wears No. 7, and Vick tentatively chose No. 8 last week. Last Friday, Vick approached Quigley for a second time about the possibility of getting the No. 1 jersey. While the punter briefly thought about how $10,000 could benefit his life, especially since he will have to vacate the Pantale household in a few days when his teammate’s sister returns from college, his thoughts quickly turned toward doing something for others.

So Quigley said he wanted the money, but for charity. A native of Myrtle Beach, S.C., he asked if Vick would donate to Teen Angel of North Myrtle Beach, a charity that supports homeless teenagers, and to the Boys and Girls Club of New York. He didn’t want to see a penny, didn’t want a dinner as part of the deal. Everything would go to helping others.

“Ten thousand dollars is a lot of money,” Quigley said. “I hope it helps a lot of people.”

Be sure to check out the entire story on Yahoo Sports.