Calvin Pryor Is An Enforcer 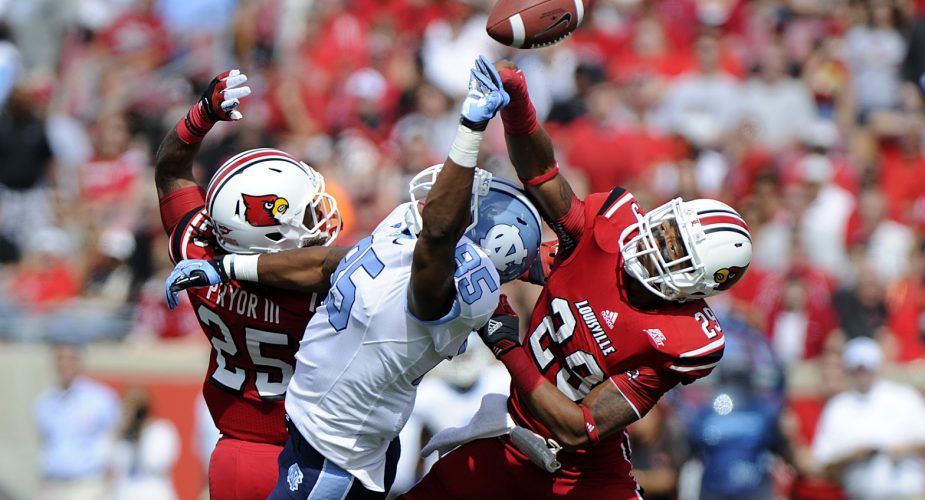 You hear the phrase often, “Play like a Jet”.  At different points in time, that has meant different things.  NY Jets General Manager John Idzik said this about Calvin Pryor, “He’s a physical presence on the field. He has range. (He) makes plays. (He) creates turnovers. He just plays like a Jet. ”

Turnovers are something the Jets defense lacked last season.  The Jets defense ranked 22nd last year in yards allowed.  They ranked last in the AFC with only 2 fumble recoveries.  Add in only 13 interceptions by the defense and you have a team that simply isn’t creating enough turnovers.  The Jets turnover ratio was -14 last season when you factor in the offense. When the season ended, everyone knew that changing these ratios was going to be a focus of the off-season.

There was a lot of talk about adding another cornerback to start along side Dee Milliner after the Jets decided to let Antonio Cromartie walk away.  They could still address cornerback early in this draft, but what Rex Ryan and John Idzik decided was more important was adding a physical presence in the secondary.

The Jets defense will get to the quarterback, they have a young and extremely talented defensive line.  They also have Antwan Barnes returning from his knee injury and Calvin Pace will be back after a 10-sack season.

Rex Ryan believes that Pryor’s physical nature is a game changer.  Rex said, “there is a huge thing with his hitting ability; big hits still win games. They’ll flip the momentum of a game faster than anything in my opinion, and I’ve always said that and this young man will provide that for us.”

Pryor seems excited to play for Rex Ryan.  “It will be great because Coach Ryan, he’s going to be able to coach me up and teach me some things that I wasn’t able to learn in college. He’ll look for me to make an impact right away. He’s going to do everything that’s possible.”

Rex couldn’t hide his feelings when he described Pryor’s physical nature.  “We pride ourselves in being a physical football team and he fits that profile. This young man is an enforcer. You see how some of those kind of plays and hits and everything else, how it can impact the game.”