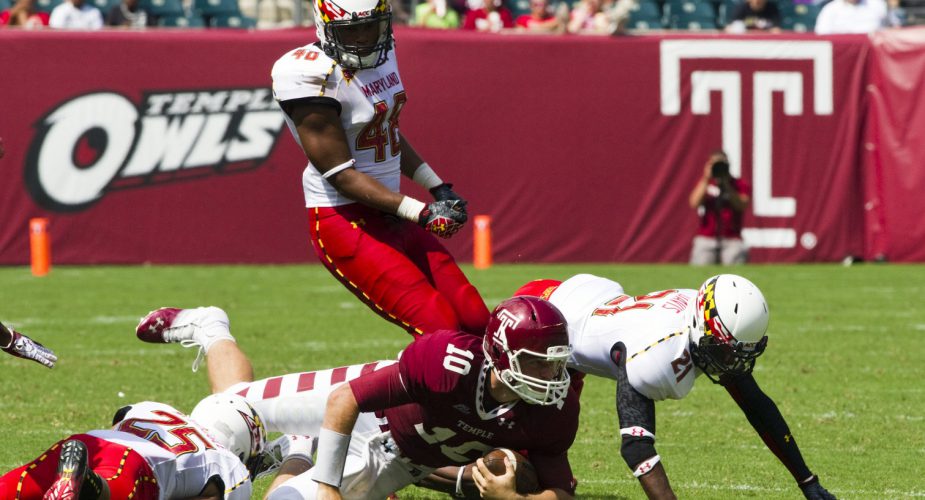 In the 3rd round of the NFL draft the Jets have added a cornerback, Dexter McDougle.  With the 80th overall pick, the Jets selected McDougle who played at Maryland.

This pick is interesting, most draft experts initially had him listed as a late round pick because he missed almost his entire senior year.

McDougle, from Falmouth, Virginia, wasn’t highly touted entering the draft after missing the final nine games last season with an injured shoulder. But his 4.4 speed made him an active playmaker when healthy at Maryland, where he had three interceptions last season, including one for a touchdown.

The 5-foot-10 McDougle spent the rest of the season attending every practice and meeting despite the injury, prompting coach Randy Edsall to create and honor him with the Dexter McDougle Ultimate Team Player Award.

McDougle was at the combine but didn’t work out, he only spoke with scouts.  He did turn heads at his pro-day and John Idzik obviously was impressed.  The Baltimore Sun provides additional details:

McDougle missed the last nine games of his senior year with a shoulder injury that occurred at the end of the best game he had ever played at Maryland. He had two interceptions, including one returned 49 yards for a touchdown in a Sept. 21 win at Connecticut.

“I’ve been looking forward to this day, I finally get to show them [the scouts] that I’m finally moving again, show them a little of what I can do at my position, to show them I haven’t lost a step,” said McDougle, who went to the NFL combine in Indianapolis to talk with teams but did not work out. “Today was definitely a big day.”

Considered the most promising NFL prospect among those who worked out Tuesday — he was the only member of a small Maryland senior class to have been invited to Indianapolis — McDougle definitely showed that he hasn’t lost any speed. He said he was timed between a 4.43 and a 4.48 in the 40-yard dash.

It is definitely a risky pick but the Jets have a huge need at CB and you can’t teach speed.  If McDougle can stay healthy he will benefit from playing under Rex Ryan.  John Idzik is betting on that happening.  New York Jets fans seemed divided on this pick.  Let us know where you stand on Dexter McDougle.