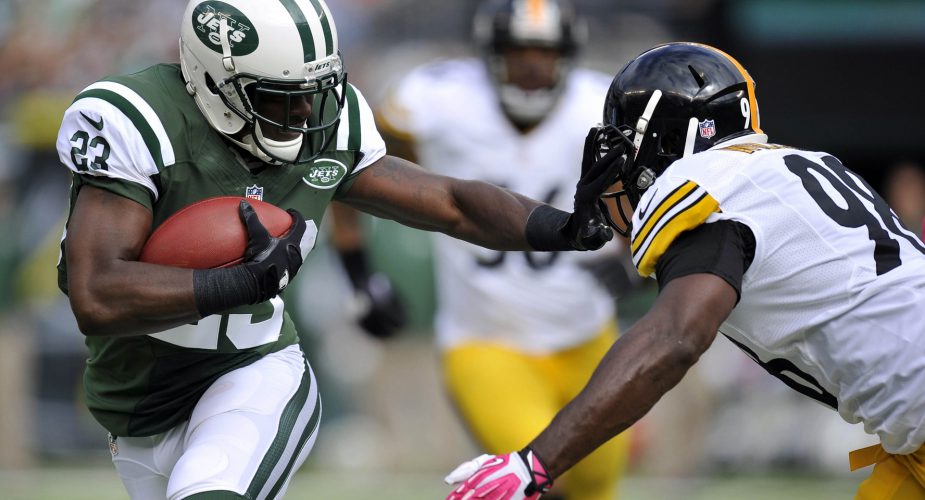 Kristian Dyer reported yesterday that Mike Goodson did not report for minicamp.  The Jets are holding their mandatory minicamp this week and Goodson also missed all the OTAs (which are not mandatory).

Goodson, who is currently involved in a legal tussle and rehabbing from a knee injury, was not present as players checked in and went through physicals Monday.

A player isn’t counted as absent from minicamp until Tuesday, but the lack of an appearance is perhaps telling. Under the collective bargaining agreement, minicamp is mandatory for all players on the roster.

The team source, speaking on the condition of anonymity, said he “believed that Goodson was the only no-show [Monday].”

The Jets backfield seems set with Chris Johnson, Chris Iv0ry and Bilal Powell.  Goodson is a long shot to be on the team, unless an injury occurs.  Especially when you factor in his legal situation.  Kristian Dyer adds:

Goodson’s court case, for which he could serve jail time if found guilty, is still on-going.

Visit our forums to read more about Mike Goodson and continue the conversation.