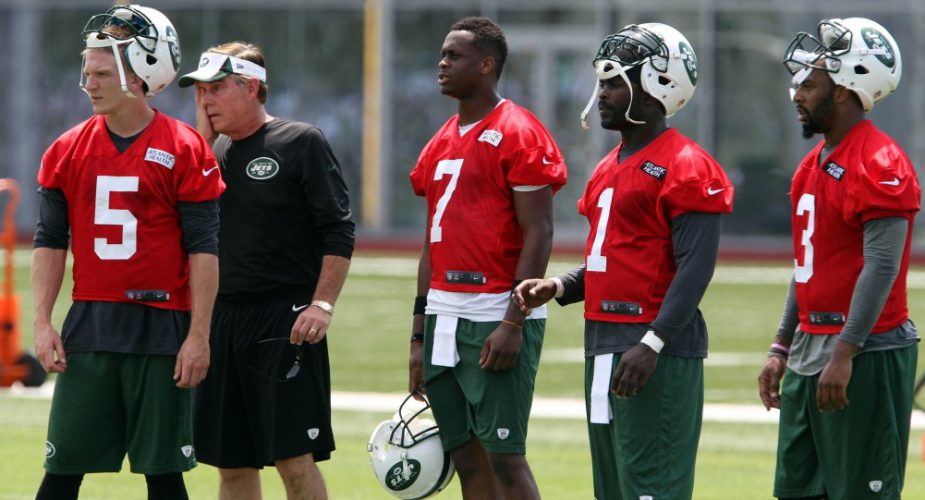 The Jets completed their mandatory minicamp this week. The three practices were closed to the public and was only open to the media and a select group of fans.  I was fortunate enough to be in the group of fans that watched the 2nd practice on Wednesday.  Here are some notes and observations from day one and what I saw on day two.

I am going to preface all of this by saying, you can not grade football players when the QBs are wearing red jerseys and there is no tackling.

Willie Colon was on the field, he moved around pretty well.  It was good seeing him moving around so soon after his surgery. Not sure what kind of shape he is in, he looked heavier than last year, but he has until the end of July to get ready for training camp.  This was a good start.

Jacoby Ford. It is easy for a punt returner to be fearless when he can’t get tackled. So his explosiveness could be misleading, but he looked great during practice. This is a huge area of need for the Jets, so the bar is set pretty low.

Stephen Hill continues to be an enigmna.  He is going to need to impress during the preseason games to earn playing time. He shows flashes (had a nice catch today) and then leaves you scratching your head at other times.

Karl Dunbar just loves what he does. Watching him coach is why everyone should follow their passion.  The talent he has before him is just staggering.  You can’t judge pass rushers in these kind of drills but it is fun to watch this group, Muhammad Wilkerson and company are really poised for a big year as a group.  The Jets will need them to live up to their expectations since there are so many concerns in the secondary.

On Wednesday Michael Vick threw an interception, Geno Smith did not.  On Thursday Geno threw two interceptions.  What does that mean? Nothing right now but the only way Geno Smith is not the starting QB is if there are preseason turnovers. Vick looks amazing when he is scrambling. Now in his 30’s, he has certainly lost a step, but you really can’t tell. He back peddles faster than most QBs run.

Note to self, when tweeting that Geno Smith completed a long TD pass to Greg Salas, do not accidentally say Smith to Salad.  The responses to that tweet were very entertaining, although most of them aren’t fit to print here.

Jalen Saunders turned some heads as he extended to make an impressive catch on a pass from Michael Vick, who had scrambled out of the pocket.

Jace Amaro is going to be a matchup problem, the Jets haven’t had an option like this at tight end since Johnny Mitchell. 🙂

This secondary seems to have a chip on its shoulder. They hear the criticism and want to prove that they are up to the challenge. That is a good first step, staying healthy will be a great second step.

You can read more about NY Jets Minicamp in our forums. 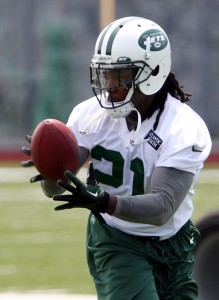