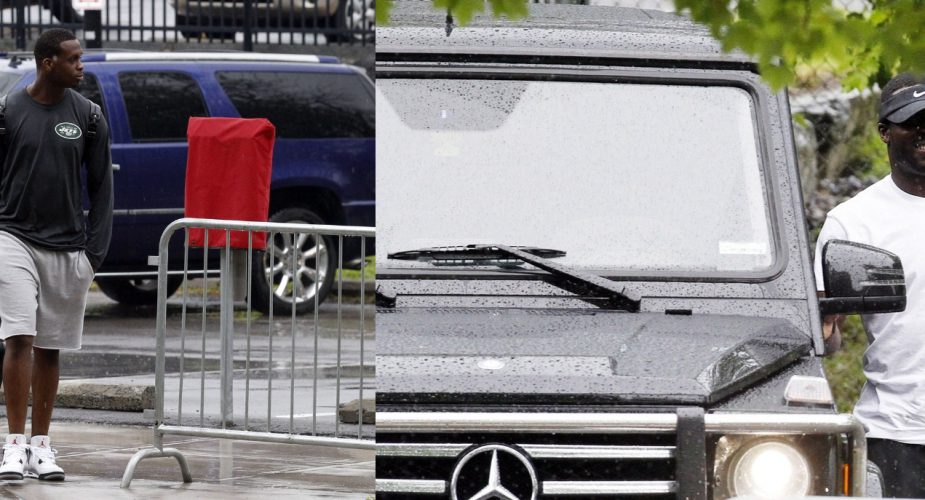 The Jets haven’t even practiced yet, but Rex Ryan immediately praised Geno Smith.

I think Geno, really, I think he’s head and shoulders above where he was last year, I don’t think there is any doubt about that.  Even just from the fundamental part of the game, David Lee is, I think as good a fundamental teacher as there is in the game, I think Geno has really picked up Marty’s (Mornhinweg) system, and our system.  And the strides that he made late in the year, and you guys saw it too in the minicamps.  I know I’m not just saying it, you guys see it. So I think he is way ahead of where he was last year, I know his confidence level, how comfortable he is with this system, I think goes a long way.

Rex who always seems to be around when big statements are made also added this one.

I don’t know if we have had a better quarterback situation since I have been the head coach here.

Although, upon further review, that probably isn’t that big of a statement when you considered all the years that Mark Brunnel was the backup QB under Rex and behind Mark Sanchez. Rex wouldn’t officially commit to a timeline for naming a starting QB.

Geno Smith says he plans on continuing to work hard and that if he stays healthy he hopes to be the starter. Geno did chime in on the benefits of competing with Michael Vick.

I expect it to help a lot. Mike is a guy who has proven himself in this league. He’s a guy that can obviously get it done and for me to go up against a guy like that means a lot. To be able to compete with him and learn from him is definitely going to help me out.

Michael Vick wouldn’t comment on his desire to be the starting QB. He stressed that having two QB’s is important, “I think what we have to be able to compete and show our coaches that they can depend on both of us. ”