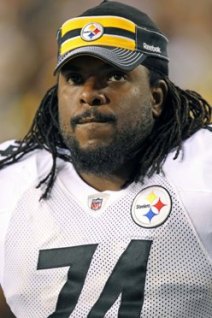 The players are reporting to camp today and the Jets have announced that Willie Colon and Antwan Barnes have both been placed on the Active\PUP list.

Here is an explanation of how the PUP list works:

Any player who in unable to participate in training camp activities as a result of a football-related injury is eligible to be placed on the preseason list. These players can be removed from said list at any point prior to the regular season, even if they were only on the PUPlist for a single practice. However, once a player participates in so much as one training camp activity, they are no longer eligible to be placed on the preseason.

Willie Colon is expected to be ready for camp, although the Jets will look to keep him fresh, possibly with a reduced workload. He was on the field during OTAs and the Jets are most likely looking to ease Colon back in as he recovers from his knee surgery.

Antwan Barnes is another story because he isn’t as far along in his recovery. With the Jets signing Jason Babin today, the Barnes situation will be something that is monitored closely. When Rex Ryan meets with the media, his injury update on Barnes will be telling.  We will keep you posted as more information becomes available.