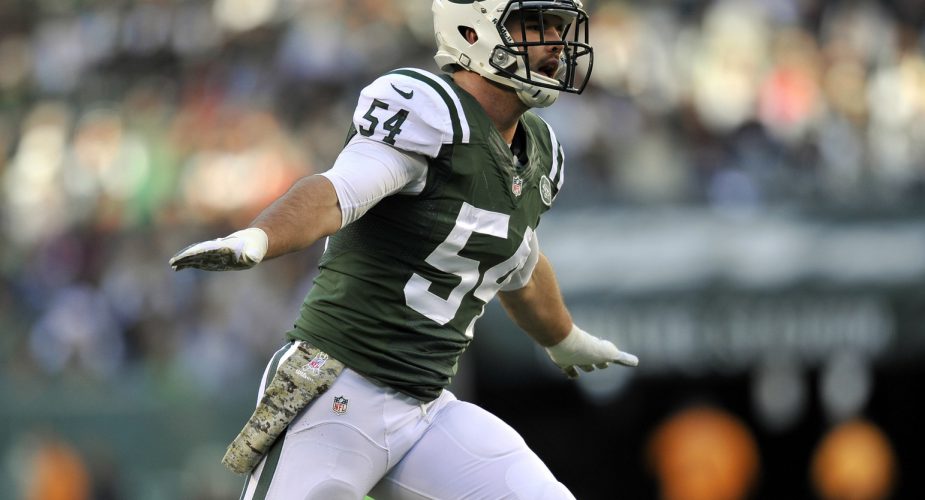 Wednesday was all about the defense at Jets training camp. Seth Walder from the New York Daily News breaks down the action.

If the Jets defense wants to to be the best in the league, maybe it should keep playing the Jets offense. Rex Ryan’s defensive unit dominated Wednesday’s practice, taking advantage of a sloppy offensive performance and getting what Ryan wants most: turnovers.

Demario Davis had a pick-six on a screen pass from Geno Smith to Clyde Gates, and Davis nearly followed it up with another interception against Smith later in practice. Michael Vick was intercepted by Antonio Allen after Jace Amaro fell down. The defense even gathered a fumble — rare in practices where they don’t tackle to the ground — by Daryl Richardson. In all, each of the four quarterbacks threw at least one interception, including three by Tajh Boyd.

Rich Cimini talks about the defense as well:

The Jets like to think they’re an elite defense, but elite defenses make big plays — meaning takeaways. Since 2009, under Rex Ryan, the Jets are only 15th in takeaways. It has been a point of emphasis in training camp, and the defense responded in a big way Wednesday — five interceptions, three of which were returned for touchdowns.

Here are the injury updates courtesy of Daryl Slater.

Amaro (knee) was back, but first-round pick safety Calvin Pryor (concussion) missed his third straight practice since getting hurt Saturday. Pryor again did exercises with trainers on the sideline. He remains under the guidelines of the NFL’s concussion protocol. Cornerback Johnny Patrick left practice after hurting his hamstring. Antwan Barnes (knee) remains on the PUP list. Also out of practice Wednesday: running back Bilal Powell (hamstring), running back Alex Green (chest), wide receiver David Nelson (groin), defensive lineman Zach Thompson (shoulder, though he got some work in position drills) and safety Brandon Hardin (foot).