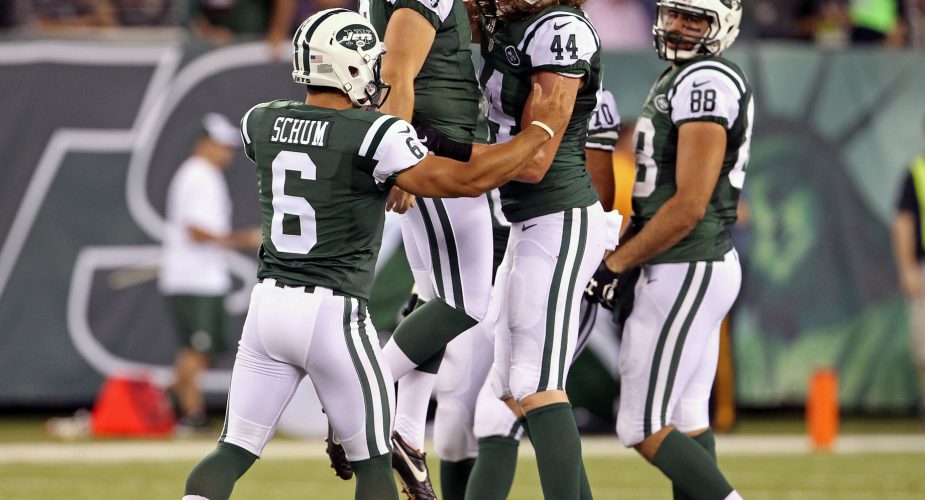 The Jets opened up the preseason with a win at home; they triumphed 16-13 over the Indianapolis Colts. Some players have seen their stock rise, while others have fallen behind. Here are some winners and losers from Thursday night’s game: 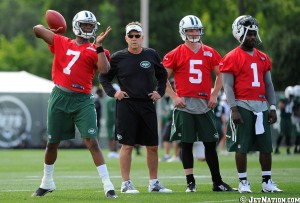 QB Michael Vick: His numbers weren’t pretty, but he led the only touchdown drive of the night for the Jets.

QB Matt Simms: Tahj Boyd is likely headed for the practice squad if he clears waivers. If the Jets keep a 3rd QB on the roster, Simms will be the man. With an efficient but utterly boring performance, Matt reminded us that he’s a competent 3rd string QB. Hey, he even runs the read option now—-with mixed success.

WR/ST Jaulen Saunders: How about that punt return where he lost his helmet but kept on fighting? Question the little guy’s talent, but don’t question his heart.

K Andrew Furney: Nick Folk is firmly secured as the Jets kicker for 2014, but rookie Furney’s game-winning 51 yard field goal was impressive and might get him a look from some other teams in the near future.

RB Chris Ivory: Ivory suffered a rib injury and didn’t return to the game. It’s probably not much to worry about, but given Ivory’s lengthy injury history and the depth the Jets have at the position in Johnson, Richardson and Powell, it shouldn’t surprise anyone if his touches go way down this season.

The Offensive Line: The pass protection wasn’t impressive. The 1st string line must continue to gel and develop chemistry, as they try to work in a new right tackle and possibly a new guard or two.

CB Dimitri Patterson: Yikes. What a dreadful game for a man that is expected to hold down the #2 corner spot opposite the inconsistent 2nd year player Dee Milliner. Injuries have been the primary knock on Patterson, but his on the field performance tonight was far from inspiring.

GM John Idzik: Idzik walked out of the 2014 draft having used all of his 12 draft picks. All things considered, I would have liked to have seen more from those picks in this game. 3rd round corner McDougle made a play and so did 6th round defensive end Enemkpali (who forced a fumble to secure the win), but 1st round safety Pryor was sidelined with an injury, 2nd round tight end Amaro didn’t stand out, and Idzik’s trio of rookie receivers don’t seem to be panning out.