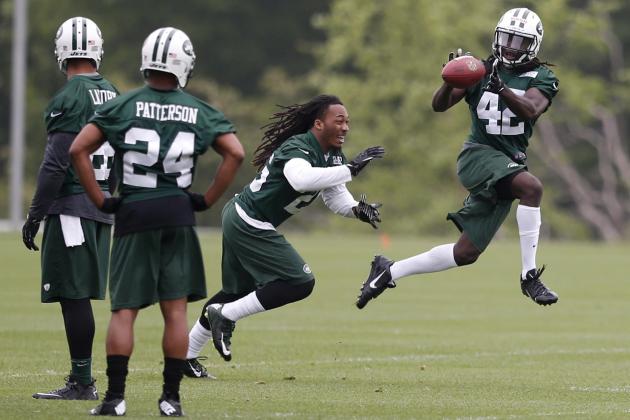 John Idzik spoke to the media a short time ago and gave one of the stranger updates in Jets history. Dimitri Patterson, who was scheduled to play on Friday, left the team and the Jets weren’t sure why.

Idzik said the Jets did not find out Patterson was OK until Saturday. To their knowledge, there are no legal issues #nyj

"I've left messages …and have not had success." — Rex Ryan on Patterson #jets

We aren’t going to speculate on what happened here or why Patterson would do that. What we do know is that this puts the Jets in a terrible spot. The cornerback concerns for the Jets have been well documented and Patterson was being counted on as a week one starter. With Dee Milliner recovering from his ankle injury and already depleted secondary now has another reason to worry.

Jets fans are sounding off on Dimitri Patterson going AWOL in our forums.

EDIT: PFT is reporting that Patterson will return to the team today.

Agent Drew Rosenhaus tells PFT that Patterson will return to the Jets later today.  Patterson was absent from the team on Friday and on Saturday.  He missed Friday night’s preseason game against the Giants.

Per a source with knowledge of the situation, Patterson was absent for personal reasons, and there are no lingering issues or problems that would need to be addressed.  The Jets, of course, may disagree with that, given Patterson’s decision to not show up for work and to fail to let anyone know why he’d be absent.