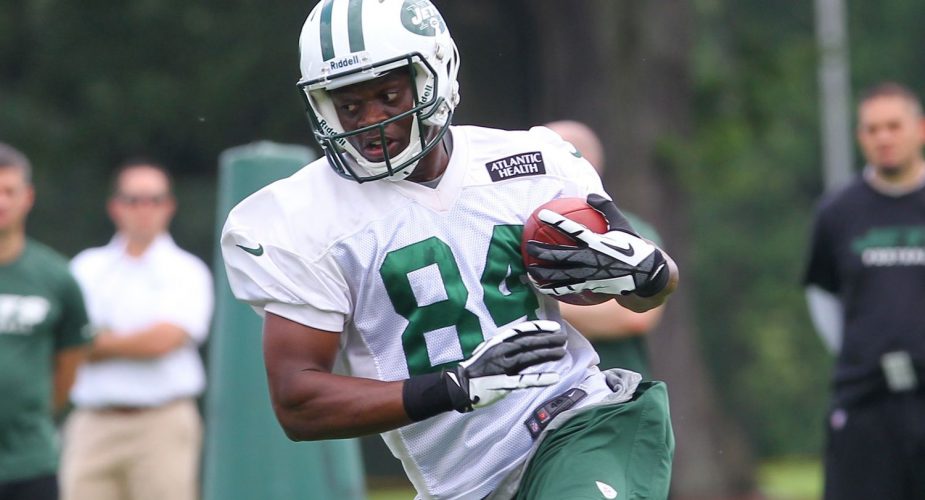 Running back Daryl Richardson was also released, he had a good camp and there were rumors that the Jets would keep 4 running backs and a full back. Apparently that isn’t the case though as Richardson fell victim to a loaded depth chart at running back with Chris Johnson, Chris Ivory and Bilal Powell ahead of him.

Rookie QB and 6th round draft pick Tajh Boyd is another player that didn’t make the roster. Boyd struggled early in camp and with the continued emergence of Matt Simms, Boyd was let go. He is a candidate for the practice squad, so we will keep you posted.

In addition to Hill, Richardson and Boyd the Jets have also confirmed that Chris Pantale (TE), Zach Thompson (DL), A.J. Edds (LB), Johnny Patrick (CB) and Alex Green (RB) have all been released.

There are still many cuts remaining, and the Jets are certainly scanning the waiver wire looking for additions, so be sure to check out this thread in our New York Jets Forum for up to the minute information.