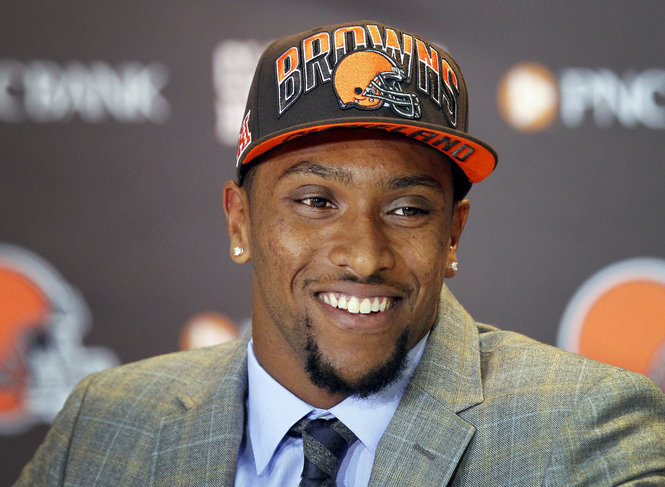 According to Seth Walder of the New York Daily News, the Jets have claimed former Cleveland Browns CB Leon McFadden after he was cut by the Browns and former Jets defensive co-ordinater Mike Pettine.  McFadden started two games as a rookie last year but appeared in every contest accumulating nineteen tackles and one pass defended and no interceptions.

The 5′ 10/185 lb McFadden was originally drafted by the Browns out of San Diego St. University in the third round of last year’s draft.  He’ll join a secondary that has been depleted by injuries and oddly enough, a player disappearance.

Idzik and the Jets were forced to release CB Dimitri Patterson after he went AWOL prior to the Jets’ third pre-season game against the Giants.  Following a suspension for the remainder of the pre-season, Patterson claimed that the Jets’ claims were false which brought the integrity of GM John Idzik and Head Coach Rex Ryan in to question and all but forced the Jets to cut ties.

To make room for McFadden on the 53-man roster, they let go of recently signed LeQuan Lewis.

The Jets have also officially announced the move.

McFadden (CB/5-10/190/San Diego State/Bellflower, CA) registered 15 tackles and one pass defensed along with four special team tackles while earning two starts and seeing action in 16 games as a rookie for Cleveland. In the 2014 preseason, he recorded 12 tackles on defense. McFadden joined the Browns as a third-round selection (68th overall) in the 2013 NFL Draft.