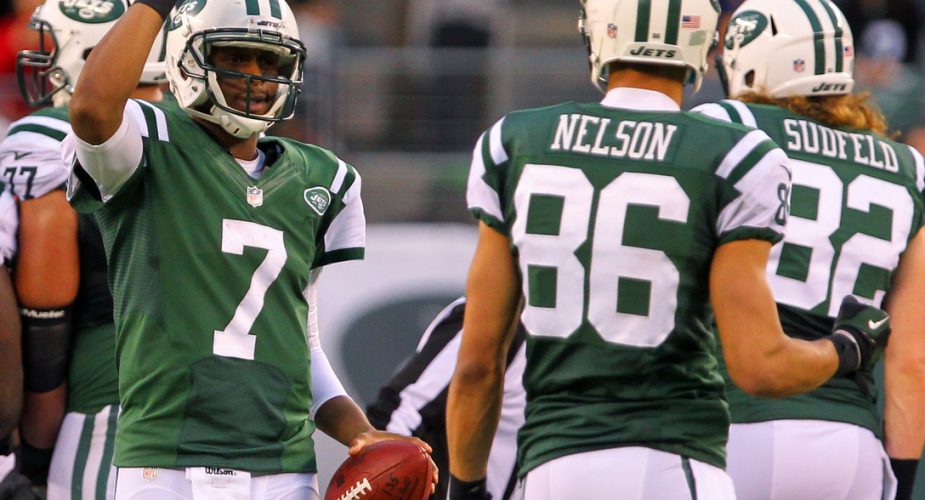 Well Jets fans, the moment you have been waiting for is here. New York Jets football is back and the Jets will take on the Oakland Raiders at home on Sunday. This week Brandon Dowling and Joe Blewett will take a look at the recent roster cuts. Stephen Hill is out and several new cornerbacks are in. Breaking down the week one matchup is a big focus of the show. The Raiders are starting a rookie QB in Derek Carr, what will Rex Ryan do to confuse the rookie?

Many fans called in and there were several predictions made. Click play to listen to this episode.

By Phil Sullivan
Posted on September 2, 2014