Dee Milliner to Play Against Packers and Inactives List 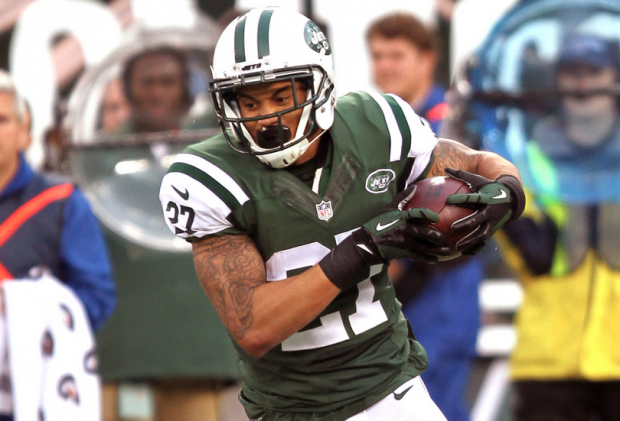 The Jets will have all six of their cornerbacks active for today’s game against the Packers. As expected, Dee Milliner will play his first game of the 2014 season. According to Rex though, Dee will not start and will most likely rotate with Darrin Walls. The Jets will need all the help they can get in the secondary facing Aaron Rodgers, and the rest of the Packers prolific passing offense.

Barnes was active for the week 1 game against the Raiders, emphasizing a strong run defense. It worked since the Jets held the Raiders to a paltry 25 yards rushing, a league high after week 1. The focus this week will be more against the passing attack, hence activating all of the corners.

Ikemefuna “IK” Enemkpali hasn’t played since the preseason, where he showed much promise. IK has been dealing with a plantar fascia injury in his foot, and is likely still recovering.

Dakota Dozier, a fourth round pick of the Jets, and Ben Ijalana will both be inactive. They are both offensive line back ups and likely wouldn’t see any snaps in the game. The Jets feel more comfortable with back up Oday Aboushi and the progress he has made.

AJ Edds was the only player listed as out on the Jets injury report, Josh Bush was listed as questionable. Both will be inactive for today’s game.

Walter Powell, a late pick up, hasn’t seen the field since being signed to the Jets’ roster. Powell was a sixth round pick of the Arizona Cardinals in this year’s draft. Powell will most likely be restricted to special teams if he gets some playing time this season.