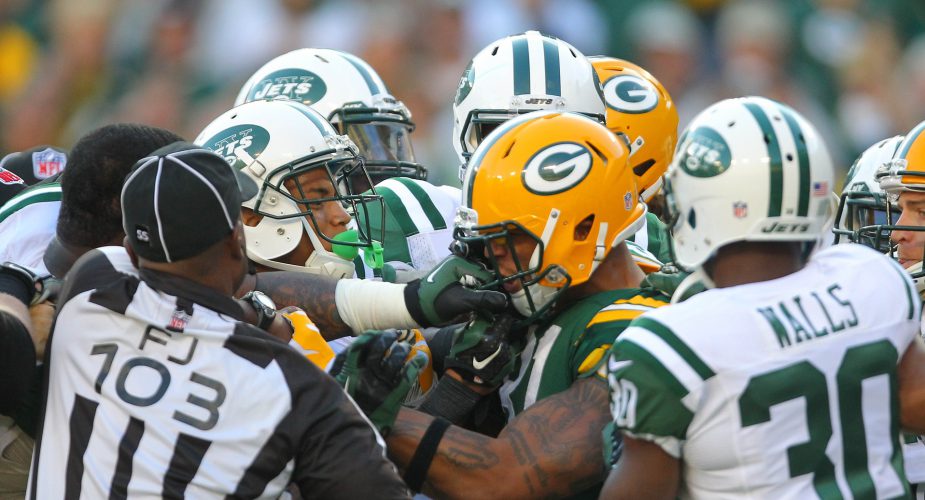 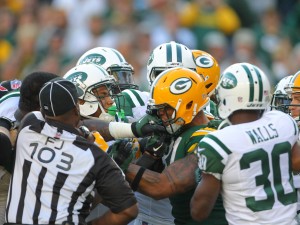 Geno was nowhere near as accurate as he was against Oakland on opening day, hitting just 50% of his passes on the day. But he did post 2 touchdowns, one on the ground and one in the air. He also threw a wounded duck interception after the line got blown up.

Ivory ran one in for the Jets, but the ground game as a whole was not nearly as effective as one would have hoped against a defense that was thought to be vulnerable to the run. Powell and Bohannon contributed in the passing game; Johnson did not.

The wide receivers and tight ends had a very quiet day. Amaro has yet to make an impact, but Decker is proving himself a competent starting WR, with or without Peyton Manning. Let’s hope that hamstring isn’t hurt too bad.

Smith was sacked twice for 10 yards. One mishap led to a pick. The ground game was never established.

Sheldon Richardson recovered a fumble on the first snap of the game, while Wilkerson was ejected following a skirmish. This was not the kind of dominating performance this group is used to, though.

Jets linebackers sacked Rodgers 4 times on the day (2 for Davis, 1 for Coples, 1 for Pace). The Packers ground game was held in check with Lacy going for just 43 yards on the day.

We knew the Jets secondary would struggle in this game, but some of their gaffes (like Milliner getting beat on an 80 yard touchdown) were absolutely brutal to watch.

Let’s get the good news out of the way first: the Jets made this a game. It was nowhere near the blowout that many suspected it would be. It’s tough to keep that in mind when you consider some of the gaffes that I’m about to list, but do the best you can. That said, timeouts were an issue, penalties were an issue (again) and the offense tried to get far too cutesy when it wasn’t necessary. Moreover, you simply have to be able to hang on to a 3 score lead against any team if you want to make it in the NFL. Let’s hope for more next time.