Jalen Saunders Gets Dropped to the Bench and Other Inactives 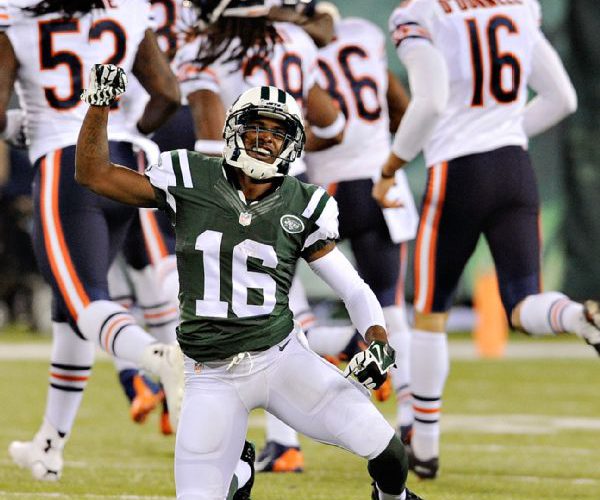 After dropping a punt last week, and turning the ball over following a terrible pick-6 by Geno, Jalen Saunders has been deactivated for today’s game and will not be fielding punts for the Jets. Walter Powell will be active for his first game as a New York Jet in place of the drop-happy Jalen Saunders.

Strangely, defensive tackle Kenrick Ellis has been deactivated for today’s game. Ellis was assumed to be Damon Harrison’s backup at the position but the Jets are dressing TJ Barnes, and keeping Ellis on the sidelines.

Both linebackers Ikemefuna “IK” Enemkpali and AJ Edds are inactive for today’s game. Neither have gotten a chance to play for the Jets yet in the regular season.

Offensive guard, and offensive tackle Dakota Dozier and Ben Ijalana are both inactive again this week for the Jets. If guard Brian Winters continues to struggle either Dozier or Oday Aboushi may get a chance to take the job from him. Winters has struggled in pass protection.

As everyone expected Dee Milliner will not see the field tonight. Milliner was kept out of the week 1 tilt against the Raiders due to an ankle injury he suffered in training camp. After playing on a limited basis in week 2, Milliner injured his quadriceps and hasn’t been active since. This has to be frustrating for the Jets, and their fans, with the already thin group they’re fielding at cornerback.