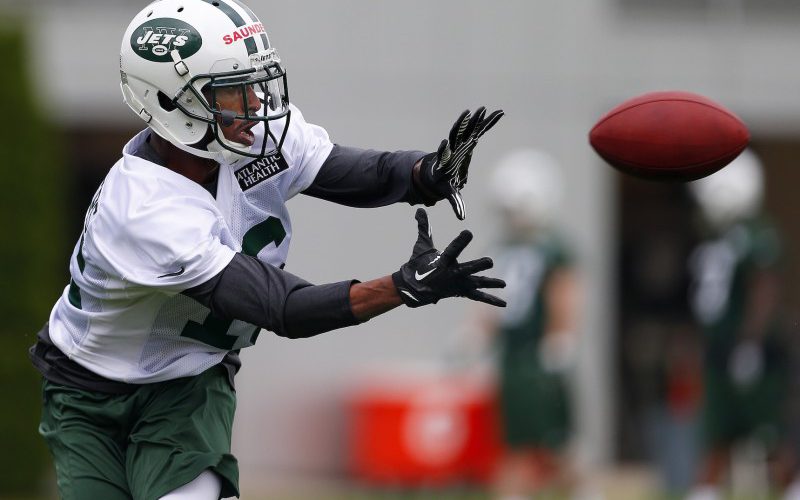 Seth Walder of the New York Daily News is reporting that the Jets have parted ways with Jalen Saunders after only four weeks in to his rookie season.  Saunders was inactive for yesterdays game against the Lions after muffing a punt against the Packers two weeks ago.  While Saunders could always come back to the Jets’ practice squad, this is a huge black eye for John Idzik’s draft class.  The selection of the diminutive 5′ 9” WR from Oklahoma had Jets fans scratching their heads from day one.  His release will only add fuel to the fire in regards to this past season’s draft.

The Jets signed veteran WR TJ Graham to replace Saunders.  Graham was let go by the Titans after playing 2012-2013 with the Buffalo Bills.

Please visit our forums to read more about Jalen Saunders.