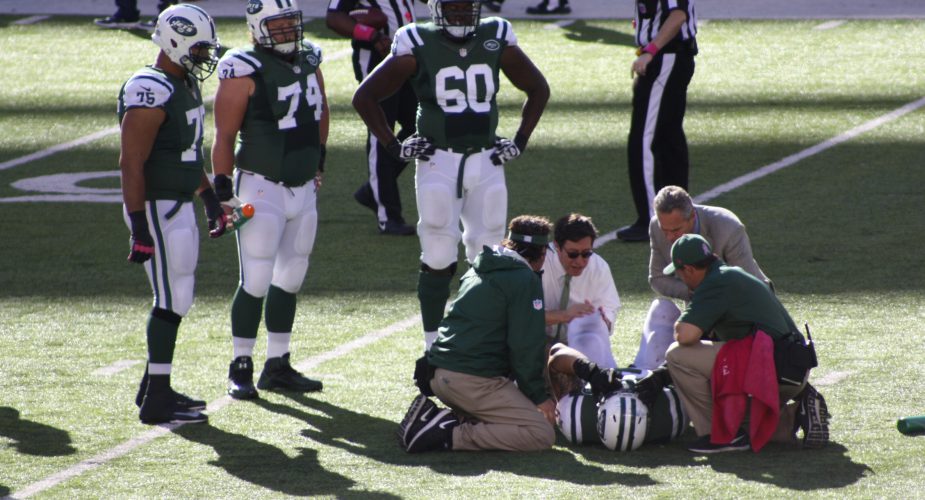 Jets beat writer Brian Costello is reporting that in addition to losing CB Dee Milliner for the season early in the first quarter of today’s game against the Denver Broncos, second year guard Brian Winters may wind up being another casualty with a possibly torn ACL.  Winters has struggled after a strong opening week performance against the Oakland Raiders.  Winters’ most likely replacement will be Oday Aboushi took over for Winters after being assisted off the field by trainers.

So Jets look like they lost two starters for the year today – Winters and Milliner. Will know for sure tomorrow. #nyj