Salas Likely Out Against Patriots 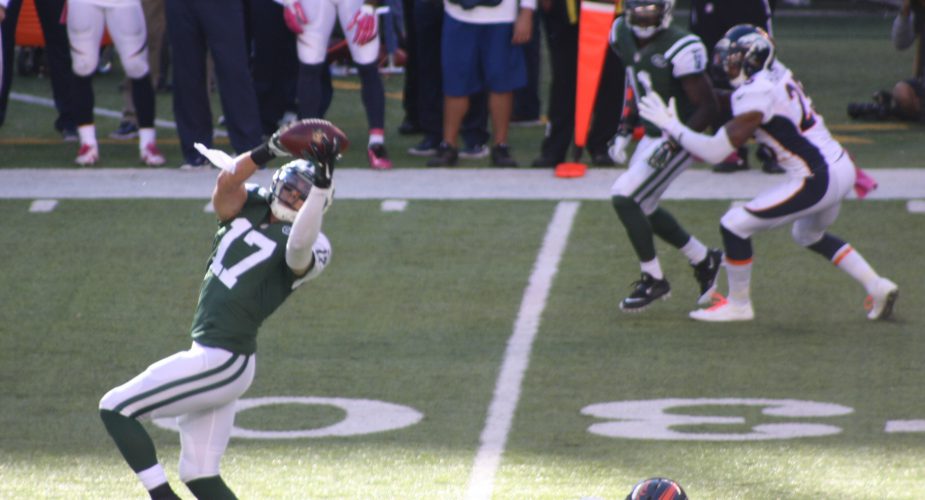 Chris Lopresti  of WFAN is reporting that Jets WR Greg Salas was spotted wearing a cast on his right forearm after today’s practice.  Any blow to the Jets receiving corps is magnified by their lack of depth as they look to stop a five game losing streak.

And compression sleeve on rt. leg RT @KMart_LI: Greg Salas (wrist/ankle) walks in as media leaves. He's got a cast around his right forearm.

Salas has been tabbed as the No. 2 WR with starter David Nelson on the shelf with an ankle injury but his opportunities have been limited in the Jets’ sputtering offense and those chances aren’t likely to increase as TE Jace Amaro becomes a bigger part of the offense.