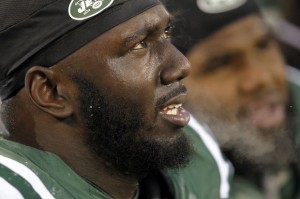 Yes, he was mostly efficient on the day. No, that does not excuse spotting the other team 7 points just as the game begins. Geno Smith is fool’s gold and I don’t know about you, but I won’t be fooled again.

The Jets had yet another strong game on the ground, but Chris Ivory’s fumble within 5 yards of Minnesota’s endzone proved to be most costly.

Perhaps for the first time, both Percy Harvin and Eric Decker had some success in the same game. The rest of the Jets receivers? Not so much. Geno Smith did not complete a single pass to a tight end.

Geno Smith was sacked 3 times, but at this point that has to be expected. The Jets ran the ball well most of the day. The offensive line deserves some credit here, even as Willie Colon deserves some blame for continuing to be a penalty machine.

Sheldon Richardson made a mistake in the 4th quarter by getting drawn offsides, but besides that he played like a man possessed, earning himself 3 sacks, including a safety. This unit has continued to function quite

Jets linebackers did an adequate job of stuffing the run. They still need to add more speed to this unit to help rush the passer and cover up the defects in the secondary.

With 12 draft picks and plenty of cap space, this is the secondary that John Idzik assembled? OK, fine, there were some injuries (to injury prone players, mind you), but 1st round safety Calvin Pryor looks like a disaster out there, and Idzik’s inaction has the Jets playing UDFA’s all over the secondary. They got beat badly today, allowing big plays to… Teddy Bridgewater? Oh, come on.

Nick Folk had a rebound game, going 5/5 on field goals. The Jets return game is explosive but mistake prone. Ryan Quigley is an effective but inconsistent punter.