What it Means To Be A Jets Fan 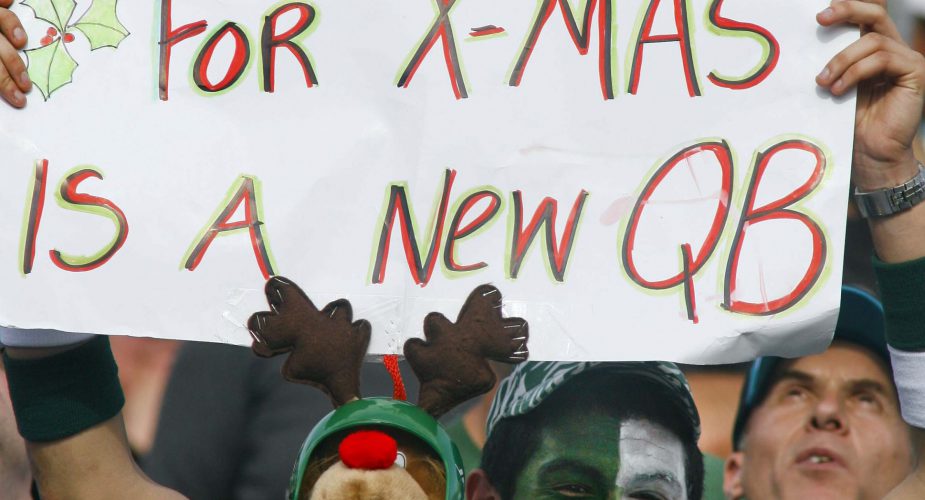 What it Means to be a Jets Fan

Sports serve a purpose within the framework of society. Having woven their way into the culture, sports can often be used as a bridge between two things or aspects of life that may not otherwise come together. They can bring people of different backgrounds and cultures to the same field rooting for their favorite teams. That being said, we all see sports serving most commonly as an escape from the harshness and reality of life. No matter what sport you’re watching, it offers a place where you can go and just get lost.

The relationship a fan has with their particular team is unique. Taking the NFL as an example, it is true that watching some of the world’s most gifted athletes do battle on the gridiron is in every way allowing us to lose ourselves in something other than our day-to-day grind. However, for some fans, what it means to support your team runs much deeper than just a break from a hard day’s work. It means more than being someone who loves a team when they’re winning, but doesn’t stick around through the hard times. No one understands hard times and what it means to support your team more than Jets Nation.

Since 1968 the New York Jets organization has appeared in the postseason 13 times, the AFC championship game on four occasions, most recently against the Pittsburgh Steelers in 2010. Don’t forget about Super Bowl III, where they defeated the Baltimore Colts. Many long-time Jets fans have fond memories of the glory days with legendary quarterback Joe Namath at the helm of the offense. Well, those days are gone and the fans that have stuck with the Jets this season understand all too well the pain of supporting a team that has no chance of a playoff berth, posting a record of 3-11 on the season.

This year the Jets have been exceptionally, for lack of a better word, terrible. Ranking 29th in the league in points scored per game with 16.4 and 32nd in pass yards at 170.4, Jets fans have felt a considerable amount more disappointment than excitement. In addition to playing the guessing game as to who will be taking over at starting quarterback week after week.

However, true fans have stuck around, continuing to support their team through this dark hour. These New York fans have shown that claiming the Jets as your own may not be the great escape most sports enthusiasts search for, but it’s about more. It’s about love, dedication and hope for a brighter day soon to come.  Improvement may come game by game, or season by season, either way, Jets fans will be there.

See if Jet Nation and their team can end this year on a high note by defeating the 6-point favored Miami Dolphins this Sunday. (Odds taken from SportsBetting.ag)