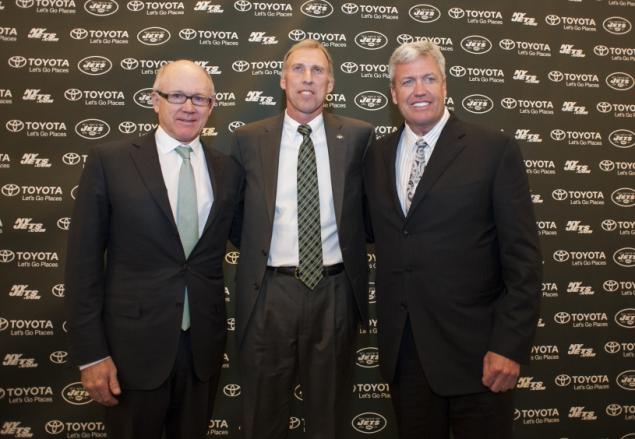 After much speculation, the NY Jets have confirmed the rumors. The John Idizk era is over and the same goes for the Rex Ryan era. The Jets confirmed that Woody Johnson has fired them.

This morning Woody Johnson informed John Idzik and Rex Ryan that they will not be returning to the team in 2015.

Woody Johnson released an official statement on the moves.

After extensive thought and reflection about the current state of our football team, this morning I informed Rex Ryan and John Idzik that they will not be returning for the 2015 season. Both Rex and John made significant contributions to the team, and they have my appreciation and gratitude for their efforts and commitment. Over the years, Rex brought the Jets a bold confidence and a couple of great post-season runs, which all of us will remember.

I am beginning our search for new football leadership, effective immediately, with guidance and support from respected football experts, including Charley Casserly and Ron Wolf, two Super Bowl winners with decades of valuable experience.

We will consider all options to improve the Jets.

Getting the Jets back on track is my top priority, and today’s decisions are important steps towards achieving our goals.

We will keep you posted as updates become available. You can read more and join the conversation about Rex Ryan and John Idzik in our forums.