Has David Harris Played his Final Game as a New York Jet? 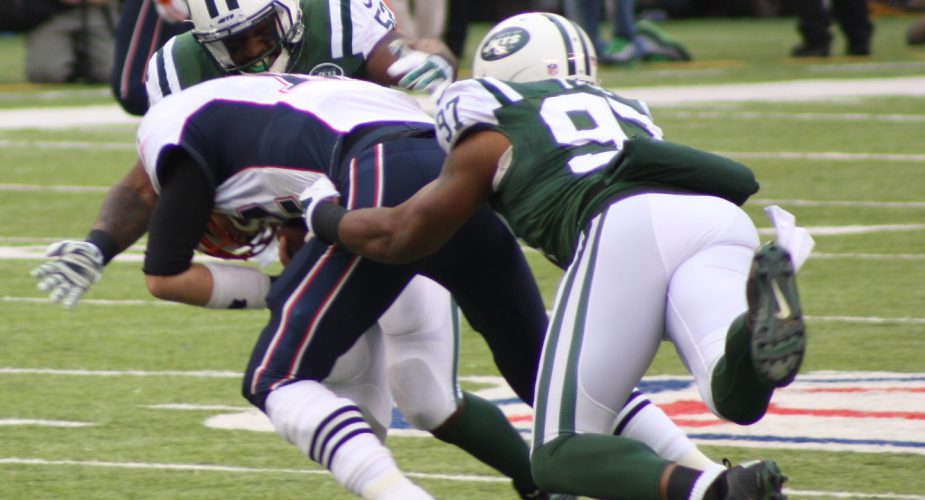 While Woody Johnson, Charlie Casserly and Ron Wolf start their nationwide search for a new General Manager and Head Coach tandem to replace the departed John Idzik and Rex Ryan, any new duo will have a big decision to make regarding long-time linebacker David Harris.

Harris has been a key component of the Jets defense since his arrival in 2007 and during the Jets deep playoff runs during the 2010/2011 seasons. Harris also eclipsed the 1,000 tackle mark this season in week sixteen against the New England Patriots.  While he appears to have lost a step in pass coverage, Harris remains a solid run defender and is considered by many to be a respected figure in the locker room.

Retaining Harris may not be a very popular decision due to his age and the fact that the Jets need to infuse some youth at the linebacker position. However, with so many holes to fill, retaining Harris would add some continuity to a roster that is on the verge of what will likely be a massive personnel overhaul.

Two major factors in Harris’ future with the team will undoubtedly be his price tag, and what defensive scheme is utilized by Rex Ryan’s replacement.   According to overthecap.com, Harris counted for $7 million against the Jets cap this season, but it’s unlikely he would demand a salary in that range again which could make him attractive to the Jets who will be flush with cap space.  As of now, the Jets will have an estimated $40 million to spend this off-season.

Should the Jets stick with a 3-4 defense, Harris’ presence would be more of a need than it will if the Jets transition to a 4-3 defense.  If that is indeed the case, it’s likely the Jets will part ways with Harris and allow fourth year man Demario Davis to slide into the MLB spot and take advantage of his sideline to sideline speed.

So while the future of the Jets hierarchy remains a question mark for the organization, it remains to be seen if they’ll want Harris to be a lifelong Jet, or if they’ll allow him to pursue greener pastures elsewhere.