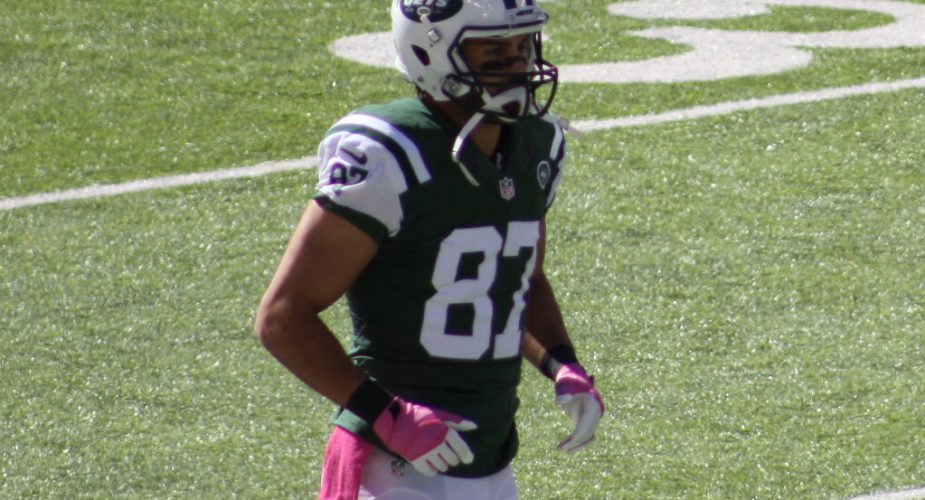 Decker’s signing was instantly dubbed a desperation move by Gang Green as his production was widely considered a result of having played with Manning.  Decker’s outstanding college performance was quickly dismissed as were his statistics in Denver during Kyle Orton and Tim Tebow’s time in the mile-high city.  After benching the struggling Orton, Broncos Head Coach John Fox went with an unorthodox run-heavy offense to play to the strengths of Tebow who completed fewer than 50% of his pass attempts as a pro. Tebow however, was able to move the ball with some degree of success using his legs which led to Fox’s decision.  Despite limited opportunities in that offense, Decker managed an impressive stat line (44/612/8) one season before Manning’s arrival.

Decker had a solid Jets debut in the season opener when he hauled in 5 passes for 74 yards at home against the Oakland Raiders in a 19-14 victory. From there, a nagging hamstring injury and poor QB play from Geno Smith and Michael Vick over the first three quarters of the season severely limited his production.  It wasn’t until the first week of December that Decker would break the 70 yard mark again when he managed six receptions for 89 yards on the road against Minnesota.  That performance was followed up with a 7 catch 100 yard performance against the Tennessee Titans in his first 100 yard game as a Jet.  Decker wasn’t nearly as productive in week sixteen against the New England Patriots when his four targets resulted in just two catches for 21 yards, but it was week 17 in which a healthy Decker showed what he was capable of.

Despite playing the Miami Dolphins in a game that was meaningless for both teams, Decker lit up the stat sheet.  He hauled in 10 passes on 11 targets from Smith for a career high 221 yards.  That total was the most by a Jets receiver since Rich Caster accounted for 204 yards in a 1972 contest against the Baltimore Colts.  Decker was just 8 yards shy of breaking Jets great Don Maynard’s team record of 228 yards, set in 1968.

While nobody is expecting outbursts like that to be the norm for the 6′ 3” receiver, he did average well over 100 yards per game over the final quarter of the season.  His production with improved play from Geno Smith should be enough to show the doubters that Decker is capable of being a highly productive player with quality quarterback play moving forward.