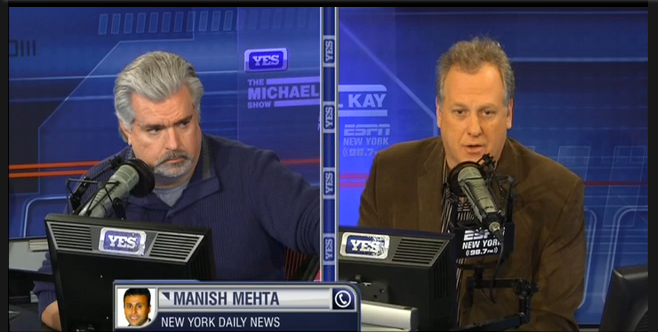 NY Daily News reporter Manish Mehta appeared on the Michael Kay Show to discuss his recent criticism of Doug Marrone. Don LaGreca asked Manish why he only reported on the negative aspects of Doug Marrone. Manish agreed that a lot of the people that he spoke to in Buffalo had agendas against Marrone. The full interview appears below, check it out and let us know what you think about it in our New York Jets Message Board.