Belichick’s Balls Are Found To Be Light 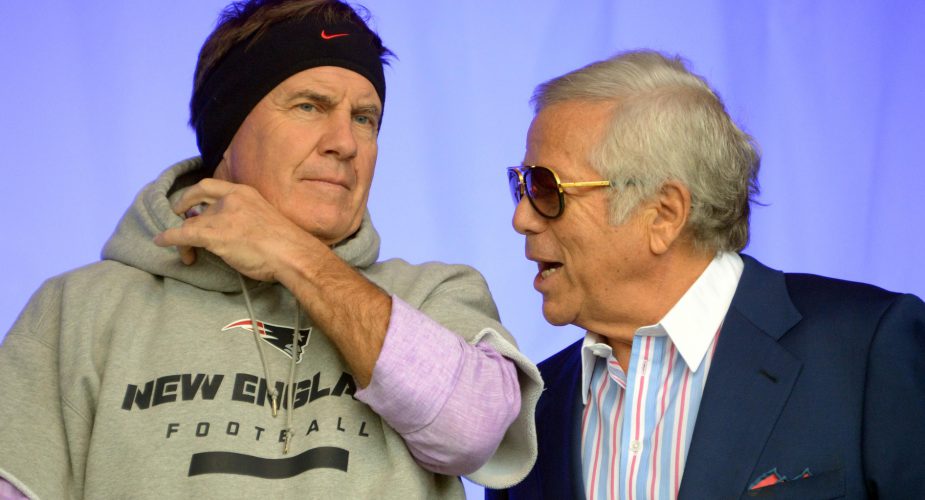 We have often speculated that Bill Belichick’s balls were light. After the Patriots victory over the Colts there were reports saying that the NFL was investigating whether Patriots purposely deflated footballs during the game.  Chris Mortenson has tweeted proof that Belichick’s balls are indeed light.

NFL has found that 11 of the Patriots footballs used in Sunday’s AFC title game were under-inflated by 2 lbs each, per league sources.

Will the league hand down a fine? Suspension? Loss of draft picks? Will Rex Ryan declare that he didn’t go to Buffalo to kiss Bill Belichick’s deflated balls?

We will post an update as soon as the league comments on the latest New England Patriots cheating scandal. You can continue the conversation and read fan reaction in our NY Jets forum. We leave you with this comment from JetsFanInDenver:

This is the biggest slap Belichick could have given to the commish and the NFL. Doing something in one of the Top 3 important games in the calendar year and then having this play out in the two weeks before the marquee game of the NFL.

This is going to take away from the sheen of the Super Bowl and will leave a lot many owners very disappointed. Anything less than a very severe punishment and there is going to be a HUGE outcry and will damage the NFL integrity and credibility of this league.