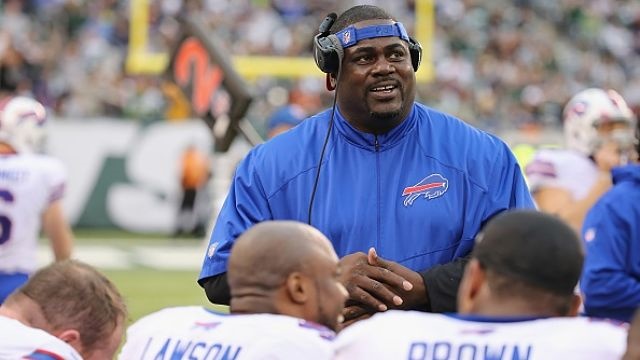 The New York Jets have announced the hiring of defensive line coach Pepper Johnson.  A familiar name in the New York area, Johnson played with both the Jets and Giants during his 13 year playing career.

Johnson interviewed for the New York Giants defensive coordinator position but was passed over in favor of Steve Spagnuolo.

A return to the Buffalo Bills, where he coached last season was an option for Johnson as former Jets head coach Rex Ryan offered  him a position.  With his old job being filled by former Jets defensive line coach Karl Dunbar, Johnson opted to look elsewhere.

2015 will be Johnson’s fifteenth season as a coach in the NFL and he leaves a defense that was the best in the NFL at getting to the quarterback.  The bills amassed 54 sacks last season, tops in the league.