IS IT JUST A GAME?

Visit BetOnline.ag to place your bets during the Super Bowl!

PUTTING FANS IN CONTROL OF HOW THEY SEE THE ACTION

WHO ARE FANS LISTENING TO ON SOCIAL MEDIA DURING THE GAME?

A GLIMPSE: MILLENIALS AND THE SUPER BOWL 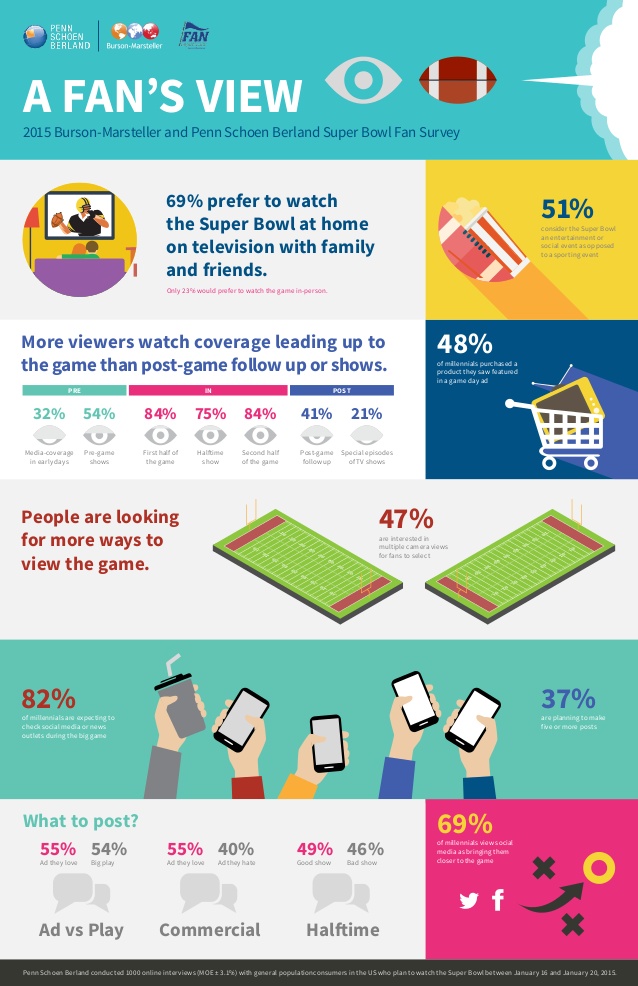