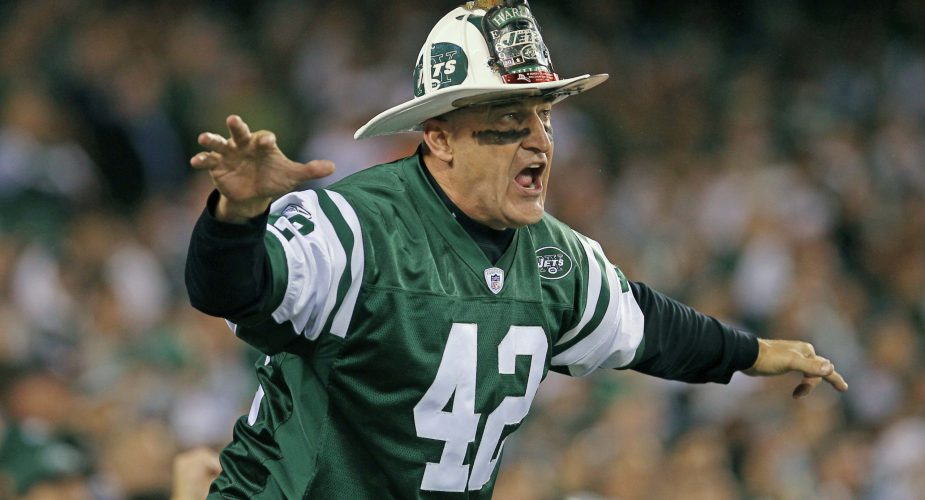 There has been talk this week about getting Fireman Ed to come back and lead the J-E-T-S chant again. After an exciting start to free agency, that thought had me pretty pumped up. It seems like we will finally have stuff to cheer about next season. But the chant at the stadium just hasn’t been the same without Ed.

The chant belongs to the fans, Ed has stated he hoped it would go to a younger guy. But last year the Jets had someone different leading the chant each week. It was controlled and it just wasn’t the same. Doing the chant only when the Jets want you to do the chant simply doesn’t come off as authentic. Trying to squeeze the chant in between the flight crew and other team activities isn’t what Jets fans want.

Simply put there are times when we all want to scream J E T S as loud as we can.

The video below was recorded at a WFAN party for Jets fans in October 2014. To the best of our knowledge this is the last time Ed led the chant in front of a large crowd. Watch the video below and as Ed leads the chant, we leave you with his words.

If you think I don’t miss it, you are sadly mistaken.

We are hoping that Fireman Ed returns and leads the chant next year. If you would like to show your support for Fireman Ed, here is the online petition.