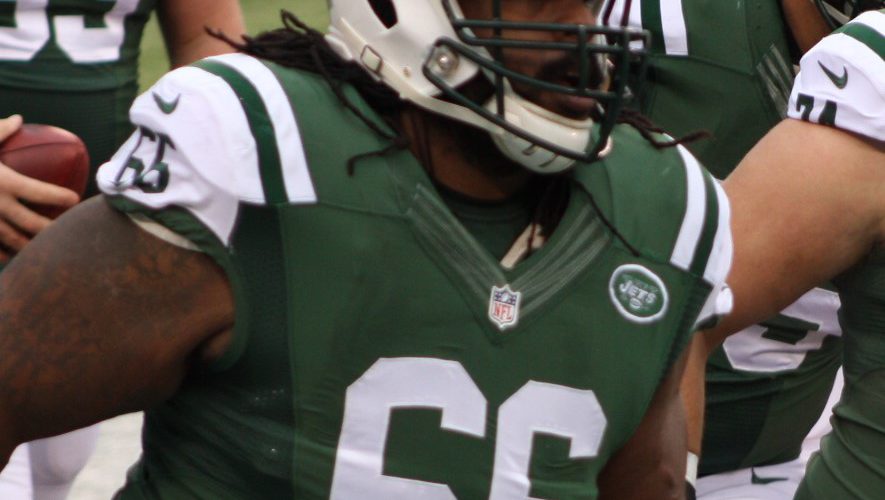 While the importance of a franchise quarterback is more prominent than at any other time in the history of the NFL, teams continue to show time and again that if you can’t win the battle in the trenches, piling up victories is going to be a tall order. The need to be strong on both the offensive and defensive lines is often overlooked by casual fans, but you can never understate the importance of winning the battle up front and the impact it has on the final score.

With one of the most dominant 3-man fronts in the NFL, assuming they retain Damon Harrison, the Jets have their starters set in stone with Muhammad Wilkerson, Harrison and Sheldon Richardson.  The offensive line however, is a completely different story.

With that being the case, it appears new Jets general manager Mike Maccagnan is going to keep signing offensive lineman until he runs out of money or roster space.  The recent additions of former New York Giants G/T James Brewer along with fellow-free agent James Carpenter and the re-signing of last season’s starter at RG, Willie Colon the Jets have a total of thirteen offensive linemen.  Should they hold on to all thirteen, one would imagine quite the battle for playing time once training camp rolls around.

As Nick Mangold and D’Brickashaw Ferguson are entrenched at center and left tackle respectively, returning starters Brian Winters, Oday Aboushi, Colon and Breno Giacomini might be looking over their shoulders in the not so distant future.

Carpenter was signed to a deal that will pay him roughly $5 million per season which clearly isn’t back-up money.  Barring a catastrophic showing in camp, he’ll be taking the left guard spot he held last season in Seattle which would displace Winters and Aboushi.

While Breno Giacomini is set to make similar money to Carpenter at $5.125 million, he’s one of many players with no ties to the new regime which could mean he won’t be handed a starting job. The top factor that brings Giacomini’s future in to question is the amount of versatility and youth that new offensive line coach Steve Marshall will have at  his disposal.

Both Winters and Aboushi are converted tackles who were drafted by former general manager John Idzik.  Dakota Dozier, a fourth round selection in last  years draft was also an offensive tackle at Furman.

Brewer is likely a depth player who adds even more versatility to a line that has a total six players (Carpenter, Colon, Winters, Aboushi, Brewer, and Dozier) who have played both guard and tackle in either college, the pro’s or both.  From that group, and possibly others as the Jets recently brought in offensive tackle Corey Hilliard for a visit, New York will hope to assemble a line that can achieve a fraction of the success their defensive line has enjoyed.

Should the Jets’ offensive line fail to consistently win their battles up front, it surely won’t be due to a lack of effort from Maccagnan and company.